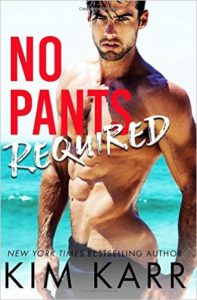 I, Makayla Alexander, am on a mission to reinvent myself. So when a super hot guy boards the plane and flashes his rock hard abs, I pay attention. When he sits next to me and offers me his nuts, I can’t resist. But when I choke on them and he tells me I need to work on my gag reflex, I realize I might be in over my head.

Before I know it we’re in the lavatory and attempting to join the Mile High Club. Let me just say this…anyone who tells you it’s easy to get it on at 37,000 feet isn’t telling you the truth. After the flight attendant busts us for getting frisky in the air, the only thing that can ease my total and complete mortification is the simple fact that I am never going to see him again.
Hours later, I can’t help but wonder if fate will ever allow me to become a new version of myself.Because Fate, she’s a fickle bitch.Case in point…my seatmate is my new next-door neighbor.Even with the whole fate thing we have going on, we are so not meant to be together. He’s all cool and sexy in that make love not war kind of way. Guys like him are dangerous. With that bring-you-to-your-knees body, that handsome-as-hell face, and that dirty, dirty mouth, I guarantee one glance from him wets every girl’s bikini bottoms.
And then there’s me…the quirky girl looking to find herself in California. All I want to do is learn to let loose. Say words like peace and groovy. Bury my toes in the sand. Who knows, maybe even have sex on the beach.
Unable to get him out of my head, I entertain the thought of being more than just friends. I know the idea is absurd. And yet, I go with it. You see Camden Waters gets me. Really gets me. Like no other guy has before.On this 7-mile stretch of paradise, I decide to keep things simple and just have fun…that is until fate decides to screw with me, again.
Can two people hell-bent on finding themselves realize the search should have ended the day they met? Find out in No Pants Required–a sexy, funny, romantic stand-alone, that will have you hurrying to grab your bathing suit and rushing to the beach to check out every lifeguard on duty.
Amazon Print Purchase Link
Kindle Purchase Link

Our first introduction to Camden (Cam) is not flattering. Unbeknownst to Cam, Makayla is in the private room when he gets oral satisfaction from Vanessa. She’s also there to witness his rudeness before, during, and after the blow job. If you’re like me, you’ll be thinking and calling him all sorts of names… dick, douchebag, asshole. The list goes on. However, once he explains his behavior towards Vanessa, you kind of forgive him. With that said, based off what she did to him, I wonder why he allowed her to suck him off again. Oh wait, he wasn’t thinking — at least not with the head positioned squarely between his shoulder blades.
When Makayla and Cam’s paths cross a second time they are aboard the same flight. She doesn’t recognize him because, from her vantage point in the dark room, she never saw his face. While they are seat mates, the fun and their chemistry really heats up until they are caught trying to get some lovin’ in the sky. HOW EMBARRASSING!!
Their flirtatious antics could’ve been restarted if she didn’t notice his chest tattoo (while in the bathroom) and recognized him as the bastard from the club.
Now in the real world, the story would be over but this is the land of make-believe so the show must go on.
They meet again and, this time, they lay all their cards on the table. He explains the club incident and what led up to it. This is the point of the story where you stop calling him a dick and start calling Vanessa a bitch.
This is also the point of the story where the sexiness levels goes from from eh to whoa momma!
There’re so many funny and sexy moments in this story. Times you laugh so hard you snort and then there’s times you’ll be so turned on you think you’re going to combust from sexual frustration.
Hey, if you find yourself in this situation, do what Makyala did and grab a toy or rub one out like Cam.  😉
On a final note, even though No Pants Required ended on a happy note, Cam pissed me off again towards the last third of their story. For a man who loves her so damn much, why couldn’t he let her in and explains his fears of the future, his plans for himself, and for them. Instead, his ugly side showed up again and this time, I didn’t find myself forgiving him so easily. The end goal was sweet, romantic, but he didn’t have to treat her like an acquaintance when she was supposed to be his everything.

2 Responses to No Pants Required by Kim Karr (Book Review)