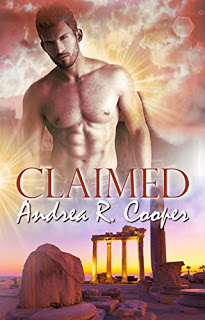 Intern Renee Maxwell has a chance at her dream job as assistant to a renowned archaeologist in exotic Turkey. Things get a little weird when she finds a unique crystal and starts hallucinating crazy yet sexy things. Her once staid boss now looks like a gorgeous demi-god and underwear model combined. Her feminist ideals are challenged with each seductive look and bit of banter he gives her, but she’s not falling for his charm.  Damon Cubins never met a woman his Incubus powers couldn’t seduce…until now. If he doesn’t find an ancient crystal, he’ll turn into a full-fledged demon. When his new Intern Renee arrives on site, wearing the exact necklace he needs to save his existence, he thinks he’s got it made until he discovers a curse is keeping him from claiming what’s his. He doesn’t want to harm the woman who has enraptured his heart, but Damon isn’t the only dark creature seeking the crystal’s powers.  Winning Renee’s love to release the curse becomes the only cure to save her life.
Purchase Links:
Kindle / Barnes & Noble /
Kobo / iTunes

After he set her on the rocks, she scrambled away from the water’s edge in her wet bra and panties.
“Don’t forget your promise,” he teased, but he couldn’t help it. Any longer staring at the blush on her cheeks and chest and he’d forget his vow and claim her. Even her erect nipples strained against her wet lace bra made him dig his nails into his palms.
She huffed and snatched up her towel. Thankfully, it reached just below her butt, leaving her long legs exposed for his admiration. Then she flipped her curly hair over her shoulder, batting her eyelashes at him.
“I would never give you the satisfaction.”
“Of which?” He cocked his head to the side and beamed. “Drowning or bathing?”
“Both.” She tucked the corner of towel between her breasts, locking the rest of it around her body, and then snatched up her canteen.
“Uh, thank you for saving me.” She shivered, and he doubted it was merely from cold and wet. “Please don’t tell the others, it’s embarrassing.”
At his nod, she breathed out a sigh. She looked as if she anticipated him to haul her back into the water for another lesson. Inching closer to the shore, her gaze never left his.
Her movements reminded him of abused animals. He speculated most people, who couldn’t swim, would want to learn unless they experienced drowning in the past. Could that have happened to her?
There was more to this situation than her usual stubbornness. Vulnerability even. As she leaned forward to finish filling her canteen, her ample bosom peeked out. His lust twisted to the sounds she would make when he touched and kissed her nipples until they pebbled.
Suddenly, she jerked up, spilling some of the water. “Did you get a good enough view?”
He opened his mouth, but no words came out.
Without waiting for his reply, she stormed away.
Damon flopped onto the water letting his body float. His mind drifted to images of making love to Renee in the water. After he helped her over her phobia, somehow. Hmm, he could kiss her down there while she treaded water.
Nah, she’d never go for it. This is a business trip. No time for sleeping with the staff, no matter how sexy when arguing with him.
Purchase Links:
Kindle / Barnes & Noble /
Kobo / iTunes 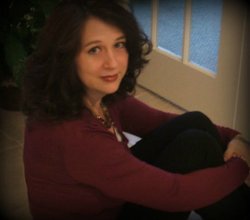 Andrea has always created characters and stories. But it wasn’t until she was in her late twenties that she started writing novels.

What happened that ignited the writing flame in her fingers? Divorced, and disillusioned by love songs and stories. They exaggerate. She thought. Love and Romance are not like that in the real world. Then she met her husband and realized, yes love and romance are exactly like the songs and stories say. She is now a happy wife, and a mom to three kids (two boys and a girl).

Andrea writes paranormal and historical romance. When not writing or reading, one may find Andrea dancing in Zumba.