Bringer of Chaos: The Origin of Pietas by Kayelle Allen (Book Review) 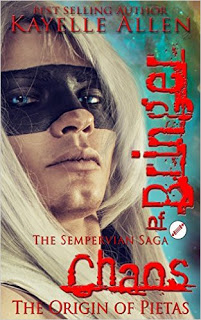 Two enemy warriors: one human, one immortal.
Different in belief, alike in spirit, marooned together on an alien world.
KINDLE PURCHASE LINK


As a fan of science fiction and fantasy, I was eager to dive into Bringer of Chaos: the Origin of Pietas. Based off the book summary, my expectations were set high. Certain aspects of the story caught my interest, but then, several sections dragged on and didn’t reach their full potential.
High points: Kayelle invented the Ultras. Whose abilities would astound anyone. They heal quickly, diseases don’t affect them, can survive any wound, and can be “reborn”. Only two ways ensured their death was permanent. 1) Immolate, freeze and then shatter the Ultra. 2) Put the Ultra through a bone shredder.
During Pietas captivity, he never met his true death. Actually, he was reborn 1000 times over and, according to him, that’s almost worse than dying. Imagine your body wasting away, perishing, coming alive again, & repeat. I can see why Pietas had no love for humans — Until he met Six (not his real name).
Six started off his adversary but things changed in the year it took them to reach Sempervia. Once they landed, Six became the hunter, caregiver, protector, comrade and, most importantly, a friend to Pietas (or as Six dubbed him, Pi).
There on Sempervia, I felt Kayelle could’ve done so much more for the readers. She could’ve added more scifi elements to this science fiction tale. I expected more trouble with the elements. Heck, give me a battle with unknown creatures on the island. Something. Anything.
We did see a storm, numerous birds, and cats but that’s it. But basically, there was nothing really holding my interest.
I, once again, had such high hope things would pick up when Pi finally reconnected with the other Ultras in chapter 24 but nope, nothing. In chapter 26, they discussed creating a plan to secure food, shelter, and a way home.
That’s where the story ended.
No closure but a set-up for book 2,  Bringer of Chaos: Harvest of Blood.
Heart Rating System
1 (lowest) and 5 (highest) 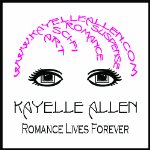 10 Responses to Bringer of Chaos: The Origin of Pietas by Kayelle Allen (Book Review)