Between the Two of You by Melissa Lynn (Book Review) 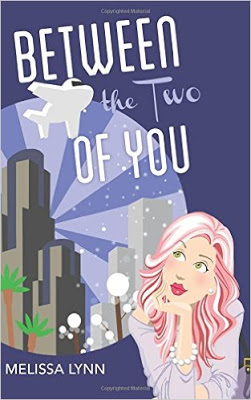 As a trained accountant in Quebec, Amy Lefevre will be the first to admit that her life is not quite adding up. After all, how can anyone in her twenties already be in such a serious rut? When she decides to shake things up and create a new life in Winnipeg, Amy’s world suddenly takes a turn for the fabulous. His name is Jason, and he happens to be a card-carrying movie star.

Between The Two of You is the romantic comedy that follows Amy as she cultivates a serious crush on the dashing Jason Lane, only to soon find out that she has some fierce competition. Can Amy win Jason’s affection? And, above all, is it really what she wants?

Along the way, Amy finds plenty of support from old friends and new; a little side romance; and even a star-studded job prospect with Jason’s agent, David. Can they help her meet her bottom line—a brand new exciting life? Find out in this hilarious, endearing story of one woman’s quest of taking chances, which serves up plenty of heart-racing moments and as many hearty laughs.

(review request submitted by the author for an honest critique)
It’s not often I enjoy the supporting characters instead of the main stars; however, that was what happened for me in Between the Two of You.
Jason Lane (actor) was extremely shallow and self-absorbed for over 90% of the story.
David Cole (agent) acted like a jealous idiot for the same percentage of time. He was jealous of his friend for multiple reasons. What a sad, sad man and I don’t mean it in the way where I feel any compassion for him.
Amy (leading lady) came across just as shallow as Jason. She liked Jason and Clive because they had a pretty face.
Her whole attitude towards Clive and Jason confused me. Let me explain one thing I didn’t comprehend. Maybe you will.
Amy perceived Clive too young for her, a ‘baby’, because he was 22 to her 27. However, Jason and David were both 39. Shouldn’t they have a problem with the 12 year gap? When David turned 40, still no mention of the 10 plus years separating them. So basically, she can’t date a younger man but a man can date a younger woman?
Why? I don’t get it.
Since the story kept fluctuating between the three men (in one way or another) and her, a center of their attention, I kept focusing on her weird ass logic with what was ok and what was not.
For that reason, I scored this book a two.
Again I must say, without the supporting cast of Olivia, Karen, Nathan and even Matt, Between the Two of You would’ve score a 1.
Heart Rating System
1 (lowest) and 5 (highest)
Score: ❤❤
Print Link
Kindle Link 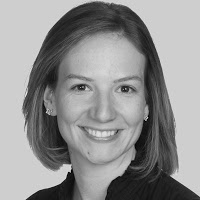 MELISSA LYNN is a first-time novelist, with her book Between The Two of You. She holds a degree in Business Administration, as well as a diploma in French literature. Born and raised in Canada, the author now lives in Mexico City, where she is currently working on her next novel.