At This Stage by K. K. Weil (Book Review) 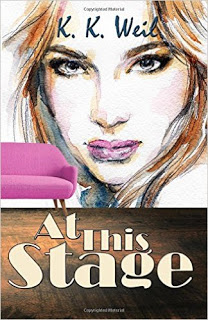 The attractive man sleeping on her couch was never like a father to her. That would’ve been much easier… Outspoken seventeen-year-old Kaitlyn Fowler loses her mother, gets taken in by a gorgeous family friend, and discovers her mysterious biological father has always known she existed. All within a few months. At twenty-three, Jackson Wall lives without a single obligation. That is, until the daughter of his late public relations manager and dear friend is threatened with foster care. Shocking even himself, the rising playwright volunteers to become her guardian. Eloquent and incredibly talented, Kaitlyn comes to mean more to Jackson than he ever imagined. Or wanted. Jackson struggles with their friendship as it develops into something much more complex. While Kaitlyn can’t deny her feelings, she knows what will happen if she pushes him too far. As they search for Kaitlyn’s unknown father, she wonders if Jackson will reject her, too, or if she can convince him that something wrong to begin with can become right over time.

(review request submitted by the author for an honest critique)
Losing a parent at any age is painful. For a time, you simple go through the motions. On the positive, you might have family to lend you a shoulder to cry on. In this case, Kaitlyn didn’t have the luxury of any relatives. No, she had Jackson — friend of her mothers and, in a way, a friend to her as well.
This friendship remained platonic until she was almost 18. They shared one kiss but he stopped it. He needed to keep her in the friend zone due to her age and their situation. I can respect that.
Now, when she’s a bit older, their friendship blossoms into something more (for both parties). However, they don’t actually consummate the relationship until she’s twenty.
I think it was wise – the waiting.
She needed to grow up.
He needed her to grow up.
People seem to forget sex IS a big deal. Heck, sex at any age is a big deal but sometimes more so in teen years.
Plus, for me, I don’t think this story would’ve had such an impact if Jackson or K would’ve overlooked the age factor and let hormones take hold.
When Jackson does finally come clean regarding his love for her, the romantic gesture had a bigger effect on Kaitlyn than me. 1.) I saw it coming from a mile away. 2.) Am not one of K. K. fictional characters; therefore, she couldn’t write me as a weepy, shocked, and blissfully happy mess. Thank goodness, too, because I am an ugly crier.
Also, there was no shock who was Kaitlyn’s father. With that in mind, I did love her backbone when she decided to confront him.
Girl really had no fear. 🙂
Heart Rating System – 1 (lowest) and 5 (highest)
Score: ❤❤❤1/2
GET YOUR COPY NOW AT AMAZON
PAPERBACK  /  KINDLE 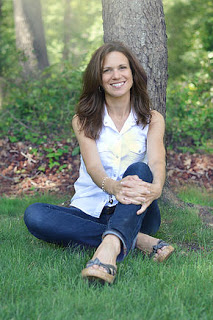 K.K. Weil grew up in Queens, but eventually moved to New York City, the inspiration for many of her stories. Weil, who attended SUNY Albany as an undergrad and NYU as a graduate student, is a former teacher. She now enjoys writing her own dramas and lives near the beach in New Jersey, where she is at work on her next novel.
Website: http://kkweil.com
Facebook: www.facebook.com/KKWeilAuthor
Twitter: www.twitter.com/KK_Weil
Blog: www.KKWeil.blogspot.com