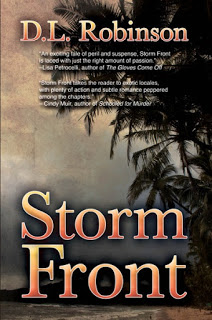 In just a few short days Loriel has major concerns about her new job. First thought to be a dream career, she realizes the job she had so anticipated has placed a target on her back, and she will be lucky to come out unscathed. Without the help of Givanni, her boss’s nephew and the CEO at Shellbrook, her fate would have been sealed a few times over. But his world, though frightening, brings with it breathtaking sights, adoring family, and stronger feelings than Loriel wants to admit. And although making it out alive had seemed impossible, it becomes desperately more important to make it out together.

(review request submitted by the author for an honest critique)
After finishing Storm Front, I was divided if I liked it or not. It had some high points such as the pulse pounding action in chapter 1-5. Through these chapters, the reader will ride shotgun to car crashes, gun battles, a kidnapping, and a break-in.
However, with that said, the story becomes a bit stagnant when Givanni and Loriel venture to Italy under the pretense they are in a relationship. It’s no wonder his family isn’t buying the bull they’re attempting to sell. He spends little time with her and doesn’t act like a man in love. Basically, he treats her like a friend — at times more like an acquaintance. I think that’s why Loriel was stunned speechless when Van admitted he was in love with her in the final chapter.
Despite the humdrum of chapter 7-14, things do pick back up in chapter 15.
I would like to say Storm Front ended with everything resolved but that’s not the case. D.L. told me plans are in the works for this to become a series and, with a confusing ending, I can see why a second book is highly needed.
As for Van and Loriel, girl you should have went for Max. He is such a doll and a more likable character.
Heart Rating System – 1 (lowest) and 5
(highest)
Score: ❤❤1/2 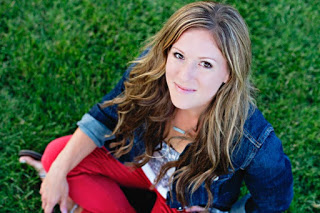 Born and raised in California, Diana developed an early love for the coastline, mountain ranges, and desert in between. Her grade school years were spent in a chaos of paper and pencils, writing stories and poems, oftentimes scattered around the sunny white farmhouse she called home. Trading flip-flops for cowboy boots, she now resides in rural Idaho with her husband Joseph and five young children.