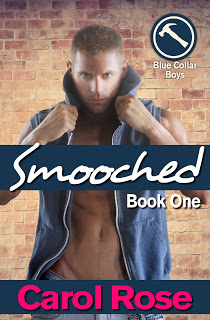 When Case Thompson’s oldest brother and his wife die in a car accident, Case is stunned to learn that they had chosen him as the guardian for their 8 year old daughter Kaylie. Never much of a family guy, Case soon finds himself packing school lunches and helping with homework. In addition to Kaylie, his brother left him in charge of Scruffy Boys Architectural Salvage, the family business. Just as Case is getting the hang of dealing with accounts during the day and PTA meeting at night, Merritt Morgan, his deceased sister-in-law’s twin rolls into town determined to take an active roll in Kaylie’s life.

Dr. Merritt Morgan regrets the gulf she allowed to grow between her and her twin sister Annie after their mother’s death. While she can’t fix past mistakes, she is determined to change things with Kaylie. But first she needs to overcome Case’s skepticism that she deserves a place in Kaylie’s life. Easier said than done when it comes to Case Thompson who is both stubborn and steaming hot and makes her feel things that no other man has ever made her feel.

Against her father’s wishes, she takes a leave of absence from her medical residency to grow closer to her twin’s daughter. But she’s unprepared for the way the handsome Case makes her feel and the memories of her sister. Can they overcome the past? Will Case learn to trust Merritt with his dead brother’s child?

GET YOUR COPY NOW AT AMAZON: Kindle – Paperback

(review request submitted by the author for an honest critique)
My heart went out to Kaylie. Losing one parent is hard enough but losing both, at the same time, poor little girl. Thank goodness she had uncles and grandparents who were there to her help. She also had an estranged aunt who suddenly appeared in her life.
Merritt took a month long break from her residency to get to know her niece and in that time she got to know one particular uncle real well — Case. He didn’t trust Merritt at first. Heck, throughout the story he questioned her intentions. He lost his brother and feared Merritt and her father planned to take his niece away as well. I don’t blame him. I’d been leery too.
But when he let his guard down, they were so cute together. I particularly liked her sneaking out of his house the day after they first had sex when his brother came a knocking.  They were behaving like teenagers. Of course, I completely understand the need to keep their extracurricular activities below the radar.
Another memorable moment was when she fainted at the sight of her own blood. Other people bleed — no problem. She bleeds a bit and TIMBER!! Too funny.
One last thing I want to mention before I wrap this review up — the treehouse. It had everything a kid could want and more including: dorm fridge, swinging bridge, veranda, bed, sconces, and a freaking microwave. Oh, and a freaking chandelier.
Forget Barbie’s Dream House, I want myself a treehouse. 🙂
Heart Rating System – 1 (lowest) and 5
(highest)
Score: ❤❤❤❤
GET YOUR COPY NOW AT AMAZON:
Kindle – Paperback 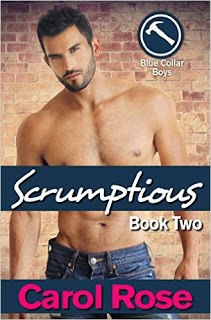 Natalie Trafalger’s ailing grandmother is determined to sue for land that was swindled from her in order to have a legacy to leave her granddaughter, Natalie faces a dilemma. She doesn’t doesn’t need the land, which now is now owned by a thriving salvage company, but she doesn’t want to disappoint her grandmother either. After much soul searching she finally hits on what she believes is the perfect solution.

Noah Thompson is shocked when his lawyer tells him that that Natalie has a good case against him and his family’s salvage company, Scruffy Boys Salvage. He stunned when Natalie come to him with her solution. If he will pretend to be her finance, her grandmother will believe that she will get the land after their marriage and no lawsuit will be necessary.

Unfortunately, he and his brothers have just taken out a loan to finance a new building, and there is no extra money for an expensive lawsuit. If he wants to avoid a lawsuit, he will have to agree to Natalie’s crazy plan. He will pretend to her fiancé as long as her dying grandmother is still alive. Given how sick Natalie’s grandmother is, how long could the charade possibly go on for?

But almost immediately he realizes that he has made tremendous mistake. While Noah will do almost anything he can to help the family business, he’s unprepared for how Natalie makes him feel. And he soon realizes that he doesn’t want the fake engagement to end, ever.

GET YOUR KINDLE COPY NOW!! 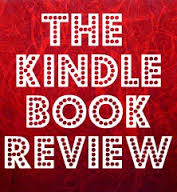 (review request submitted by the author for an honest critique)
Natalie was such a high-spirited woman, how could you not adore her. She brought joy to Noah’s world when she wasn’t being a pain in his ass. His words. 🙂
Below, I’d like highlight my favorite two favorite moments.
1.) His reaction when she was holding the snake. Noah will never live down his unmanly squeal or scrambling away from the evil reptile.
2.) The paint play fight was a hoot and probably reenacted by many couples around the world. I know I’m guilty of such act.
They sound like a cute couple, right? Oh, they were. But they weren’t always sweet. Of course, you know there was some lovin’ going on as well.
I did, however, have one WTF moment with this book. Do doctors really stop and view Youtube medical videos for step-by-step instructions on how to perform procedures that are tricky or they don’t have experience handling? Man, I hope not. That bugs me. I think no matter what the emergency, the doctor handling my case should know what the hell he or she is doing. Don’t you? Call me silly but I don’t want to see my doctor raise a finger and tell me to “hold on” while he/she peruses the site looking for instructions on how to fix me.
Heart Rating System – 1 (lowest) and 5 (highest)
Score: ❤❤❤❤
GET YOUR KINDLE COPY NOW!!