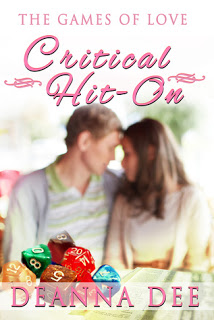 Molly Moreau used to be a geek with the best of them—role playing games, multi-user dungeons, trading cards—the works. Then she found her long-time boyfriend in a dark corner with a girl dressed as Lara “boobs and guns” Croft. That was it for the relationship and for her geekiness. After moving back home, she got a job at a normal bar and grill with normal people to live a normal life. That is until Craig shows up with his friends and RPG character sheet.

Craig Lawrence has been rolling 1s on the relationship front ever since his last girlfriend broke up with him because he apparently spent too much time playing guardian to his rebellious little sister. When he meets Molly, he wants more than anything to win her heart, and this time he’ll do anything to keep his family problems from interfering.

When fate (Molly’s best friend) brings Craig and Molly together (sets them up on a date), will this relationship roll yet another 1? Or will it score a critical hit? 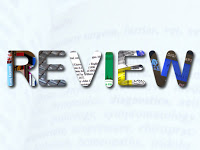 (review request submitted by the author for an honest critique)
Whether you label yourself a geek or nerd, you’ll find many things to like about this story. Deanna had the band of friends rp’ing, dressing up in costumes, nerding out over Star Trek, and there was even a mention of a Justice League comforter. I should mention the comforter belonged to a woman over the age of eighteen. Lame or Rad? Yes, I still use the word “rad” and no, that doesn’t make me lame. 🙂
If any of the above items interest you, get the book. Be prepared to be an observer to many scenes centering around the gamers getting their nerd on.
Heart Rating System – 1 (lowest) and 5 (highest)
Score: ❤❤❤
Kindle Purchase Link

6 Responses to Critical Hit-On: The Games of Love by Deanna Dee (Book Review)