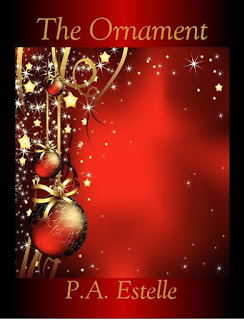 Twelve years ago Jim Rustle packed up and left his home in Idaho and hasn’t looked back. He gets quite an awakening when Lisa Parker, whom he hadn’t seen in all those years, breaks into a business meeting and uses some colorful adjectives to tell him just what she thinks of him.

Sparks fly between the two when he decides to follow Lisa home and sees what has happened in his absence. Is the anger stemming from the present, or from the past?

It’s Christmas time. Can an ornament from years past help heal betrayals that have festered for years?

The elevator pinged and the door opened to the sixteenth floor of the Manchester building in Las Vegas, Nevada. If she wasn’t hell bent on choking the life out of him, she would have noticed the massive wall of glass that showcased the famous Las Vegas Strip. All heads did a double take as she marched down the hall.

An open black, mid-calf duster swung from side to side giving viewers a peek at long shapely legs in black Levis and black boots that seemed to shimmer with every step.

A black cowboy hat sat low on her head, shadowing her face. Light brown straight hair with white blonde streaks throughout swayed almost to her waist.

The sign, Wagner, INC, was in large block letters above a double door that was opened. The receptionist at the desk, Dani according to the name plate, was on the phone, taking a message. Her hair was black and cut in a perfect short bob. Dani looked up to see the woman standing in front of her. She sat back in her chair, staring at the visitor, and finished the call with “I’ll have Jim call you as soon as he is done with his meeting, John.” The receptionist’s eyes never left the face of the woman standing in front of her.

Dani took her time hanging up the phone and finishing writing the message. “May I help you?”

“Jim Rustle,” was all the woman said.

The corner of Dani’s mouth rose. “I’m afraid he is in a meeting and will be busy most of the afternoon. I can take your name and ask him to call.”

The woman was looking behind Dani at the closed door that said James Rustle on it. “No need.” She walked past Dani and headed to the door.

“Wait! You can’t go in there!” The composed Dani was anything but.

The woman threw the door open. The office had a large desk made of rich cherry wood. Opposite it stood two small padded chairs of deep brown leather. On the other side of the room stood a small conference table with blue prints spread out all over it.

The woman, once again, saw none of it. Her eyes were trained on the man sitting behind the desk. For a split second, the words caught in her throat. She hadn’t seen Jim Rustle for twelve years. His dark brown hair was clipped short. His smoky gray eyes were as hypnotic as she remembered. He wore a pair of navy suit trousers, a navy vest, and a white long sleeved shirt, with the top two buttons undone. The suit jacket was draped over his chair. The man was more handsome than when he walked out of her life, if that was possible.

“Jim, I’m sorry but this…this woman just went right by me when I told her you were busy and couldn’t be disturbed.” Dani was clearly distraught.

Before he had a chance to answer, the woman walked to the desk and leaned her hands on it. “You selfish, arrogant, self-absorbed, SOB. Are you so important you can’t find time, yet again, to spend Christmas with the one person in this world that thinks the sun rises and sets in you, no matter how many times you have chosen to put everything and everybody else above her? Not to mention the woman who raised you and made it possible for you to go to college so you could sit in this office and be the overblown ass that you have become?”

Fire was shooting out of her hazel eyes and her chest was heaving with anger. The two men that were sitting in the meeting and Dani, standing at the door, were watching with their mouths hanging open. They had never seen someone talk to their boss like that and walk away without limping.

Something flickered in his eyes – anger, guilt, or maybe appreciation in what he was seeing. “Men,” he said, never taking his eyes off the woman, “we’ll finish this meeting later. Dani –“

“Don’t bother. I know how important your time is.” Sarcasm dripped with every word. She turned to leave.

“Lisa,” he said stopping her. “I see you still aren’t married.”

Lisa closed her eyes as if praying for restraint. Her words didn’t have the disdain in them when she said, tiredly, “Annie doesn’t have much time, Jim. Give her a break.” 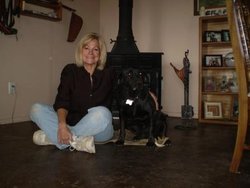 Penny Estelle is a best-selling writer for all ages, from the early reader to adults. Her books range from pictures books for the little ones, to fantasy and time-travel adventures for ages 9 to 13. She also, under P. A. Estelle, has written adult stories including a family drama and contemporary, paranormal and historical westerns romances.

Penny was a school secretary for 21 years. She and her husband moved to their retirement home in Kingman, AZ, on very rural 54 acres, living on solar and wind only.

Penny and her books can be found in the following links:

8 Responses to The Ornament by P.A. Estelle (Book Showcase)