Poor Jeff, not only did Gail buy a new house without him seeing it, the structure, in his opinion, looks like a rundown castle. His ill made comments cause an argument between them. Now, the ghost of her girlfriend is creating serious complications for him. Ones that threaten his relationship with Gail. As if these situations are not trying enough, Tanya, the Shifter, calls from Mexico and needs their help. 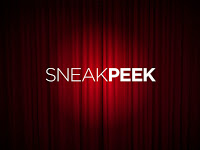 They pulled to a stop in front of a dilapidated structure and she proudly held out her hands.

He looked at the––well he could only describe the structure as ruins. The stone walls were crumbling and in a sad state of repair. They were covered in vines and other overgrowth. It was big––huge really. He had to admit that. It looked to him like a medieval castle; one that had not had any maintenance since medieval times. He wanted to say something very derogatory but bit his tongue instead.

“Gail,” he started, “tell me you didn’t actually buy this… place.” He choked off the expletives that came to mind.

Gail looked at him and was able to read his thoughts like an open book without the use of her witch senses. She giggled.

“It will be nice. With a little fix up it will be comfy and cozy.”

“A little fix up?” he asked in disbelief, as he looked at what he considered a piece-of-shit.

“Well, maybe a lot of fix up. It will be nice when we’re done though,” she admitted. She was still in an almost giddy mood.

“I think we might be better off tearing the whole thing down and starting over.” Again, he choked off the words he wanted to use.

“That’s what the other bidder wanted to do. That’s why my offer was accepted and not theirs.”

“I think they had the right idea. Seems pretty reasonable to me.”

Gail placed her hands on her hips and got that stubborn look in her eyes. “Jeffery, it will be nice, you’ll see.” Her lips formed a pout as her temper began to flare. He knew he was in big trouble with her when she started calling himJeffery. She only called him that when she was either teasing him or when she was mad at him. He didn’t think she was teasing right now.

His cell phone rang. Well at least that works here.

“Yes, I’m interested. I have your number and I’ll call as soon as I get back to the office to get the details.” He hung up.

“What was that about?” Gail asked.

“I’ve been offered an assignment. I’m going to accept it because it pays a lot of money. On the down side, it will require me to be away for four months.”

“I’m afraid so. I’ll be working as a bodyguard for a music group while they’re on tour. A lot of the time we’ll be in Europe.”

“Jeff, I don’t know if I can stand to have you gone for all that time,” she whined.

“Aw, hon, you’ll be so busy here with your… renovations… you probably won’t even notice I’m gone.” He chuckled.

“That’s not funny. I’ll be terribly lonely. I was counting on you to help here.”

“Sorry. Duty calls. Besides, I think we’re going to need a lot of money to fix this… place.”

“You just took this assignment without even consulting me first!”

“Ah, like you failed to consult me before you bought this?” He waved his hands, indicating the structure.

She didn’t say a word. Instead, she turned on her heels and stormed back to the car, not even taking him through the broken and hanging front doors to show him the inside of the house. She climbed in the passenger seat, crossed her arms under her breasts, and sat in a huff.

Shrugging his shoulders, he joined her. They drove back home in total silence. When they got home, she went into the house and slammed the bedroom door.

I guess that means the couch for me tonight. As if to answer his thoughts, the bedroom door opened and she tossed his pillow out onto the living room floor, then slammed the door closed again.

Now that you’ve had a sneak peek at G.E. Stills hot new book, The Ancient Book, WHO IS READY TO WIN?

Ladies and Gents, G.E. is offering ONE LUCKY WINNER a chance to receive a KEYCHAIN. 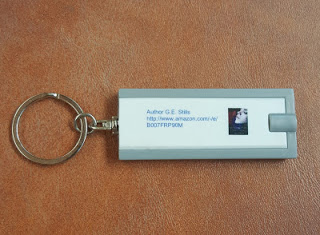 To enter, all you have to do is leave a comment, question, or simple say hi. EASY PEASY, RIGHT!

You’ll have until TUESDAY (midnight, central time) to enter. WEDNESDAY morning, I will post the winner’s name and message you. Be prepared to send your mailing info because without it G.E. won’t be able to send the wonderful gift.