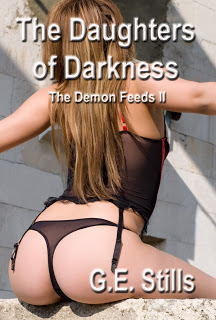 Matt goes to Las Vegas in an attempt to forget a failed marriage. Jillian goes there fleeing an unhappy relationship and the discovery, her married lover is selling drugs. When Matt and Jillian meet, their relationship grows from companionship to lovers. An evil man, working for her former lover, finds Jillian and tries to kill her. Garnet and Megan discover Jillian before she dies and they save her from death. The salvation comes with a heavy price though, because Garnet and Megan are demons. Perhaps it would have been better for Jillian to die.

Garnet stared at the man across the hall. He had on a backpack and fannypack. That he was wearing latex gloves and sneaking out of the room made her suspicious immediately. Robbery? She had seen the woman staying there yesterday even spoken to her a couple times when they had met in the hall. The impression she got was the woman was a nice lady. Early this morning she had watched that woman come down the hall with a handsome man beside her. That man had left earlier in the afternoon. This man was not the same one.

Her demon senses kicked in and the short hairs on the back of her neck rose much like a dogs hackles. Danger, predator, her thoughts shouted. The man spoke in a low menacing voice and his eyes were cold pools of malice.

“Lady, you are in the wrong place at the wrong time.” At the same time, he took a gun out of his fannypack.

Garnet crossed the hall with inhuman speed but even so, it seemed like slow motion to her. Midway across to him, his gun chugged, a bullet tore into her and imbedded itself in her stomach. Garnet ignored the pain and finished crossing the distance. She ripped the gun from his hand and shoved him back into the woman’s room.

He reached for her throat and growled. “Who the hell are you?”

“A predator similar to you but my bet is I’m more deadly.” Her backhanded slap sent Boyd sailing across the room to crash against the opposite wall. He slid down it to become an unconscious heap on the carpet with his cheekbone shattered.

She glanced around the room and saw the woman renting this room. She was lying on the bed naked and hadn’t moved during all the noise and commotion. Something is wrong with her. What’s going on here. Garnet was beside the bed in instants. The woman’s chest rose and fell but her breathing was slow and she shuddered at the end of each breath. She checked the woman’s pulse. It was there but this too was slow and weak.

Garnet focused her attention on the man. And you have the answers to my questions. Answers you’re going to give me.

She knelt beside him. The right side of the man’s face sagged from the broken cheek she had given when she cuffed him and already his right eye had begun to swell shut. Blood trickled from his mouth and reddened his lips. A couple broken teeth lay on his chest. Garnet lightly slapped his left cheek to arouse him to consciousness. He groaned and opened his eye.

“What did you do to her?” she demanded.

Her expression hardened into a scowl. “Oh we are going to alright and when we have, you’re going to tell me everything.”

He glared up at her with his single open eye. The watery grey orb reflecting cold hatred. She braced a hand against his chest and wrapped the fingers of the other around his fanny pack. With a single jerk, she tore the pack free and tossed it away, next Garnet closed her hands on his shirt and pulled them apart sending buttons flying and exposing his chest. His belt was the next to go as she tore it open then tossed it away to join his fannypack. Hooking the fingers of one hand under his waistband and bracing her other hand on his bare chest she ripped them apart leaving only tattered remains around his ankles. His boxer briefs joined the pack and belt and left his midsection bare.

She met his gaze with hers again. The hatred in his eye had been replaced with terror. “You look like a beautiful woman but what are you?” his words trembled.

“It is good that you fear me. You have reason to. I’m you’re worst nightmare. You’re last one, you waste of a human.”

For Book 2: The Daughters of Darkness http://amzn.com/B010INIRXA 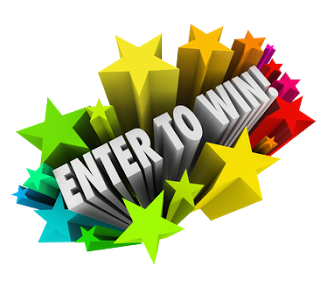 Now that you’ve had a sneak peek at G.E. Stills hot new book, The Daughters of Darkness (The Demon Feeds II), WHO IS READY TO WIN?

Ladies and Gents, G.E. is offering ONE LUCKY WINNER a chance to receive a magnetic 2015 calendar. To enter, all you have to do is leave a comment.  Seriously, it’s that simple to enter this amazing contest. 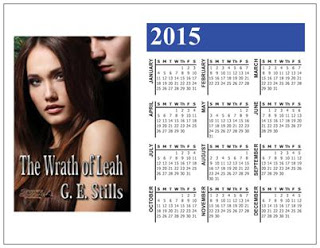 So folks, leave a comment, question, or simple say hi.

You’ll have until Tuesday (midnight, central time) to enter. Wednesday morning, I will post the winner’s name and message you. Be prepared to send your mailing info because without it G.E. won’t be able to send the wonderful gift.