ETHAN “Long, Tall Texans #5” (originally published January 1990 in Silhouette Romance #694 and reissued numerous times)
Arabella Craig was eighteen when Ethan Hardeman first opened her eyes to passion…and then turned around and married another woman. Four years later, tragedy brings Ethan, still just as tall and handsome, but newly divorced and bitter, back into her life. He runs his family’s cattle empire with an iron hand, yet he refuses to loosen his grip on the reins holding back his heart. But Arabella is determined not to let this Long, Tall Texan escape her again!
CONNAL “Long, Tall Texans #6” (originally published August 1990 in Silhouette Romance #741 and reissued numerous times)
For years, Penelope Mathews worshipped the elusive C. C. Tremayne from afar. Until one night, when, trying to protect the mysterious loner from landing in jail after drinking a little too much, Pepi seeks refuge in a wedding chapel—and winds up emerging as Mrs. Connal Cade Tremayne! When C.C. realizes what happened, he’s outraged and plans to end their “arrangement” immediately. Yet the more time he spends with Pepi, the more he realizes he doesn’t want their marriage to end…. 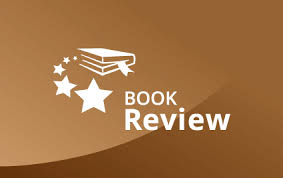 I’ve read a few of Palmer’s books and until now I haven’t posted any reviews on them.
Why?
The answer is simple. I kept giving her another try to show me something different. That how she portrayed her characters wouldn’t be a recurring theme. Unfortunately, it is and I decided not to hold my tongue any longer.
Diana, I have no idea why you feel the need to have the “heroes” in your stories ridicule, belittle, and speak so harshly to their supposed love of their lives.
Why do the men have to call them fat, ugly, plain, etc because they can’t come to terms they actually love the “heroine”.
The women all (for the stories I’ve read) have pronounced body issues and low self esteem and the men they love throw it in their faces. Then when they suddenly realize they might lose their woman, they confess they were scared, truly love them, and BAM, all is forgiven.
I don’t bloody think so.
If a man called me plain, ugly, fat, yelled at me, told me to leave them alone, I would not fall at their feet when they suddenly have a change of heart. No self respecting woman (or man) would.
I’m sorry to say I regret reading your stories. The money I spent on them.
The only bright spot of the stories (that I’ve read) are the covers.
Heart Rating System – 1 (lowest) and 5 (highest)
Score: This is a first for me but I am giving this story ZERO HEARTS.
Due to this, I’m not supplying the purchase links.