When Detective Mike Sterling left the Chicago PD and returned to his hometown of Renlend Kansas, he tried to convince himself it was so his mother could stop worrying. The truth was, even Renlend wasn’t going to vanquish the dreams that tortured him at night.

When Taryn Watts landed in Renland Kansas to design a client’s new cooking school she intended to stay just long enough to do the job and then go right back to her life on the East Coast.

When Taryn and Mike found themselves sharing a booth, one thing was certain, neither one of them thought it was a good idea. Mike still wasn’t over his ex-wife’s betrayal, and when Taryn found out Mike was a cop she wanted to run all the way back to Connecticut and never look back, but she couldn’t… Sitting outside his home late at night she watches him fight against his demons. Demons she already had too much experience with firsthand.

When Mike finally admits there is no way to outrun his demons, Tayrn knows she’ll do anything, or be anything, to help Mike find his way back.

Quick Thoughts
This story marks my first taste of Amy’s writing skills and I have to say –  this chick knows how to create a story that keeps you turning the pages. The characters were likable and at no point did I find the story dragging. In fact, I finished it the same day I picked it up – couple hours later actually. It was fun, flirty, and just all around a great read. Good job, Amy!
Heart rating system
1(lowest) and 5 (highest)
Score: ❤❤❤❤❤ 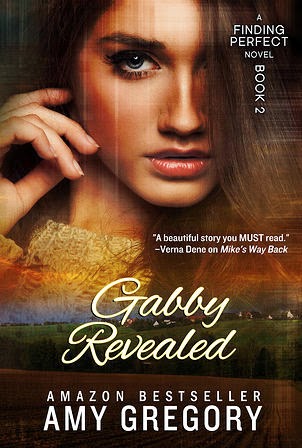 Gabby James didn’t have the idyllic childhood many in her little hometown of Renlend, Kansas had. High school was a living hell, but when she graduated she couldn’t bring herself to leave Renlend. The town was her prison, but her family’s bookstore, The Looking Glass, was her one true love. It was the place she could run to, and escape the prying eyes of the ones who taunted her.
Shane Compton was a literary agent in one of the most prestigious publishing houses in New York City. He found no greater rush than finding the next big talent, someone who could take the written word and turn it into an art form. In the span of one rude phone call Shane was drawn into the mystery of just who the fiery new author from Kansas was. When everyone else in the office refused to deal with her, Shane willingly accepted the challenge. There was no logic to the madness, but every time he had contact with her, she drove him wild.
Gabby tried every trick in the book to keep Shane at arm’s length, but he had made good on his promise to come to Kansas. He wanted to pull her out of anonymity, he wanted her in the public eye. Now here he stood, on the sidewalk in front her bookstore, and one look told her he was everything she was afraid he’d be. Too bad she was anything but who he thought she was.
Gabby quickly discovers Shane has more on his mind than just books and with a little help from an ornery matchmaker, he shows her a whole new life through her looking glass.

I think most people, at one or another, have been bullied in some form or fashion. That is why this story will strike a cord with people. In other words, I can see people seeing themselves as Gabby (to some degree).
After I finished this story, two sections stood out from the rest.
1) The letter to Gabby. (Yup, not gonna elaborate.)
2) The final altercation between Gabby and her numero uno bully. All I can say is….. “YOU GO GIRL!”
Heart rating system
1 (lowest) and 5 (highest)
Score:❤❤❤❤❤