Jennifer Labelle resides in Ottawa, Ontario Canada with her husband and three beautiful children. After her third child she became a stay at home mom. In her busy household Jennifer likes to spend her down time engrossed in the stories that she creates. She is an active reader of romance (especially historical), mystery and anything paranormal. With an education in Addictions work she’s decided to take a less stressful approach in life and hopes that you enjoy, as she shares some of her imagination with all of you.
Contact Info~
Website 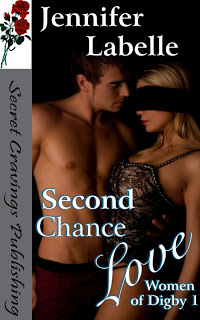 Goody, goody Teegan Hallowell was tired of being teased for following the rules. So, when her brother’s sexy friend shows an interest, she rebels, and learns all about the good kind of bad.

Now ten years later, Teegan returns home to escape a horrible mistake, but wonders if she’s made an even bigger one by returning. There was a reason she left Digby, when her dreams shattered and the man she loved betrayed her. So when she realizes she’s still in love with him, matters become complicated when he reveals her reason for leaving him was all in vain.

Liam Bates has every intention of loving Teegan again, but she’s had it rough and he needs to rebuild her trust.  The spark is still there, and as they explore what once was, their love is tested when Teegan disappears, and Liam will stop at nothing until he finds her again.

Jagged rocks aligned across the coastline. The moist salty air was refreshing, and the tide slowly rose against the Fundy Shore. It was good to be home again. Teegan sat on the fallen tree trunk, and tried to capture the beauty of the scenery with her sketch pad.

She hadn’t been there in years and the beauty of it still captivated her. This secluded patch of beach once belonged to Liam’s family and she wondered if it still did. Seeing Liam again brought so much back to her, that she just needed a place to unwind, and some of her most precious memories belonged right where she was.

Smiling, she turned up her iPod and sang along to the lyrics of Shinedown’s Breaking Inside, relating to the lyrics. Subconsciously, she ended up adding a boy and his father fishing right where she sat into the picture. Liam! Why can’t I seem to let you go? Sighing, she almost fell off the log and into the water. Her heart raced, and adrenaline pumped as she wondered who in the Lord’s name snuck up on her like that.

Large arms wrapped around her, pulling her close as his heat enveloped her senses. He was the one man in the entire world who could make her weak in the knees by just being in close proximity to her. The one man she was trying to avoid. Too afraid of her emotions. Oh Lord, he smells so good. Get it together, Teeg. You don’t even know him anymore.

“Liam?” She sounded breathless and winced turning away. She could not let him see how he affected her, could not risk losing her heart again. It hurt too much.

“Hasn’t anyone ever told you not to sneak up on someone like that? Geez, you just about gave me a heart attack not to mention an unwanted swim.” Placing a hand to her heart she turned to face him again only to have the urge to smother his smile with her lips. He was beautiful, and she missed the taste of him.

“It’s good to see you too.” He chuckled, “And there is no way I would have let you fall in. Hasn’t anyone ever told you that this is private property?”

She could tell by the glint in his eye he was only teasing, and she hated how easily he could make her smile. As if, she was eighteen all over again. “Ya, but you see, I used to know one of the owners of said property very well. I have many fond memories here, and I just had to see if it was as remarkable as I remembered it.”

“Well is it?” His face turned serious as he closed the distance between them.

With his closeness distracting her she whispered, “Is it what?”

Before she knew it his head was lowering and her breathing turned rapid. Be careful what you wish for. She could feel his breath against her and all she could think about was the taste of his lips on hers. Soft, plump, and delectable… 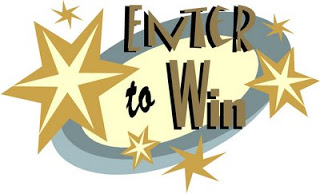 Giveaway offer – Comment below for a chance to win a copy of “No Strings Attached” in the format of your choosing. The contest will run from today until April 14th. Monday, the 15th, I will select a winner and notify him or her via email. Once I hear back from you, I will forward your email address to Jennifer. So readers, please either comment with your address or have your settings programmed where it allows messages from me. 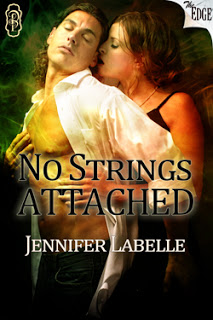 Julie Saunders and Gunnery Sergeant, Ryan Hawke have both hit a rough patch in life. Demanding jobs ensure there aren’t enough hours in the day to get out there and meet people. Tired of feeling lonely and in need of attention, they turn to the personals for a no-strings-attached encounter.

When Ryan sees Julie’s response to his ad for a hook up, he’s relieved he’s found a sane one in the bunch. She’s beautiful, they share the same goals, and she’s got a hell of an adventurous side–just what he needs.

Can reality live up to expectations or will a no-strings hook-up leave them craving more?