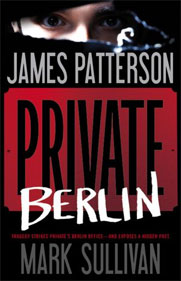 Private, the world’s most respected investigation firm, has branches around the world, each staffed with the smartest, fastest, and most advanced agents, who have cutting-edge forensic tools that not even the most powerful governments possess.

At Private Berlin, agent Chris Schneider has disappeared. Chris had taken a secretive personal leave and hadn’t spoken to anyone from the office in days. The Private team retraces his footsteps to the cases he was investigating before his disappearance: a billionaire suspected of cheating on his wife, a world-famous soccer player accused of throwing games, and the owner of a seedy nightclub. They were the last people to see Chris—and they’re all suspects. And someone is lying.

The Private team is led to an abandoned Nazi slaughterhouse where all hope vanishes. As Private digs further into Chris’s past, a terrifying history is revealed, and they begin to suspect that someone very dangerous and very depraved is responsible for Chris’s disappearance. And he’s not finished in Berlin. PRIVATE BERLIN has more twists, action, and deception than any other James Patterson thriller ever. 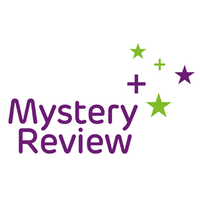 The latest in the Private Novels had not one, but three mysteries weaved together to keep the readers engaged. Two of the cases investigated by the Private team were not that hard to figure out. Maybe it’s too many hours of watching crime shows such as Criminal Minds that made figuring out the conclusions relatively easy.

On the other hand, the case of Private agent Chris kept me more on my toes. My heart broke for Mattie when she found Chris’ body covered by rats and again at the funeral during her eulogy. (His death is not a spoiler due to the fact his body is discovered very early on.)

For the horrors the mothers and their children endured at the hand of Falk is unimaginable. He was a vile creature. However from our history books, we know that many monsters exited in the world back then and still do today. That, in itself, is a scary thought.