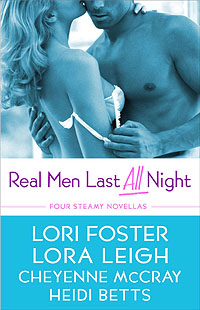 Includes The Edge of Sin by Cheyenne McCray


Blurb: Zane Steele lives a life of extraordinary danger as a government agent an has never let anyone get too close. Then he sees the one woman who will change his life forever

Reviewing only Cheyenne’s contribution:
Cheyenne hooked me from page one with the ice cream scene. As I was reading it, I had a hankering to make a trip to the local ice cream parlor. The restaurant sexcapade was funny and sexy. I like how C.M. stated the bathroom was clean. It would have to be squeaky clean for me to get busy in one. 🙂

The rest of the short story was just as hot and didn’t lack in funny moments. There was a brief encounter with some bad guys but that was quickly wrapped up and the story ended on a funny/sweet moment. 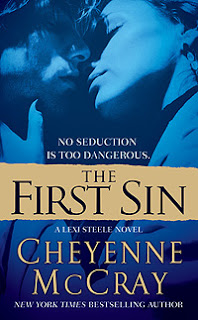 An Elite Partnership
Alexi Steele is determined, relentless, and driven to protect the innocent. She’s a top agent of the NSA’s clandestine Recovery Enforcement Division, specializing in human trafficking and sex crimes. Her current mission: To infiltrate the inner circle of Boston’s exclusive S&M clubs in order to save young women who are about to be auctioned off to the highest bidders. But Lexi’s only way in is under the control of her new partner in crime, Nicholas Donovan.

~Quick Thoughts~
The emotional and physical torment Steele, Kristen, and the numerous unnamed ladies of the story went through was heartbreaking. I couldn’t imagine being in their predicament for a solitary minute. Unfortunately, human trafficking/sex slave rings are not a thing of fiction even though this story was one.


Internally, I was screaming and clapping when Steele got her revenge on Cabot. Cheered louder when Kristin got the upper hand on the Professor. I wish all ladies and gents in their position were so lucky.
Heart rating system
1 (lowest) and 5 (highest)
Score: ❤❤❤❤ 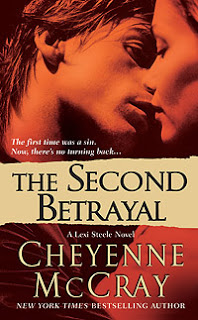 They are Bound by Duty and Desire

As an undercover agent for the NSA’s Recovery Enforcement Division, Alexi Steele is no stranger to the ways and means of the country’s most notorious sex criminals. Still, she’s never seen anything quite like this. Girls from across the globe are being recruited for a modeling competition in New York City, only to end up as enslaved prostitutes. Now it’s up to Lexi and her partner—and lover—Nicholas Donovan to infiltrate the operation.
Will Their Fight for Justice Tear Them Apart?
Finding the mastermind behind the sex trafficking is only one half of the challenge. The other is Nick. Even though she has always trusted him, Lexi can’t help but wonder whether he’s keeping something from her—a shocking secret from his past on the Special Forces unit. Meanwhile, time is running out for the victims—and Lexi may be forced to do the unthinkable to see that the job is done.

~Quick Thoughts~
In this installment, Lexi and Donovan are still on the hunt for Hagstedt, the head honcho. I won’t spill if they ride the world of him or if he evades capture. What I will say is, this story is action packed and violent. But like the last story, one major woman fights back. Dasha was horribly abused but in the end, she becomes the hero. How? Read the story and you’ll discover the answer.

Trust me, you won’t be able to put this story down once you get started on it.

Luckily for us, we don’t have to wait a year to read the next installment. It’s already out! 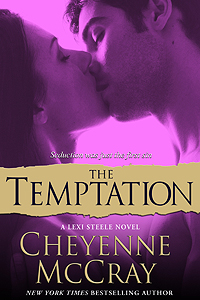 Special Agent Lexi Steele is an operative with RED—the Recovery Enforcement Division, a highly secretive offshoot of the NSA. Her sexy, too-hot-to-handle partner, Nick Donovan, not only ends up in her bed but also gets inside her in a way no man has ever done before.

Lexi and Nick are on the trail of Karl Bachmann, a criminal mastermind who deals in sex slavery. To Lexi’s shock, her team is ordered to pull back. Despite the horrendous crimes Bachmann has committed, they are forced to stop their investigation. Lexi is furious—why would the government let a criminal like Bachmann get away?

Bachmann is out for revenge and is bent on destroying Lexi. When her family is targeted, it’s a run against time as Lexi and Nick search for a missing family member and the man behind it. They find themselves in a web of deceit and betrayal that goes to the very core of the U.S. Government itself.

In the midst of all the turmoil, Lexi fights her emotions for Nick, a distraction she can’t allow. Nick wants her trust and her love…something she doesn’t know if she’ll ever be able to give.

The clock is ticking. Time is running out.

Even though Nick and Lexi were the main characters of the book, the shining star of this installment had to be Rory, Steele’s sister. That girl went from a mouse to a lioness in two seconds flat. Way to go!

I liked the brief moments when Ryan, Lexi’s brother, and Georgina were near each other. There was a noticeable connection between them so I’m hoping Cheyenne writes their story next. I’m dying to know why Georgina’s eyes were so haunted after she delivered vital intel to the team. Yup, there’s a backstory there. Write it up. Please.

The ending of the book….. it was very sweet.