HE WON’T BE DENIED

Trehan Daciano, known as the Prince of Shadows, has spent his life serving his people—striking in the night, quietly executing any threat to their realm. The coldly disciplined swordsman has never desired anything for himself—until he beholds Bettina, the sheltered ward of two of the Lore’s most fearsome villains.

SHE’S BOUND TO ANOTHER

Desperate to earn her guardians’ approval after a life-shattering mistake, young Bettina has no choice but to marry whichever suitor prevails—even though she’s lost her heart to another. Yet one lethal competitor, a mysterious cloaked swordsman, invades her dreams, tempting her with forbidden pleasure.

A BATTLE FOR HER BODY AND SOUL

Even if Trehan can survive the punishing contests to claim her as his wife, the true battle for Bettina’s heart is yet to come. And unleashing a millennium’s worth of savage need will either frighten his Bride away—or stoke Bettina’s own desires to a fever pitch. . . . 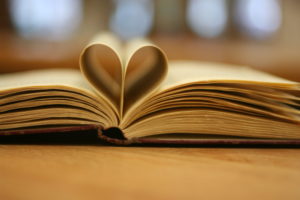 If you love the IAD (Immortals After Dark), then you are going to adore the first in a series about “The Dacians”. In Shadow’s Claim, we are introduced to the very interesting clan. Trehan Daciano, last born to the House of Shadows and the first to get his own story, is sexy – extremely lethal – devoted – sweet – and his grand apartment was once the royal library. Freaking cool place to call home!

Bettina, the heroine, is a sorceress who has lost her magical power due to….. (not saying – no spoilers).  However, Bett is not without power. She has the ability to create the most intriguing weapons and jewelry.

I don’t want to give too much away about the story BUT I will say the story revolves around a tournament for her hand in marriage. However, it’s not a cut and dry case of Trehan going in and whooping some ass. That wouldn’t be as gripping as the story she presented to us. Let me tell you, it’s a page turner!

This story, as with all her others, was superbly written. No detail was left out. She once again dazzled us with her imagination in regards to locations, characters, and plots.