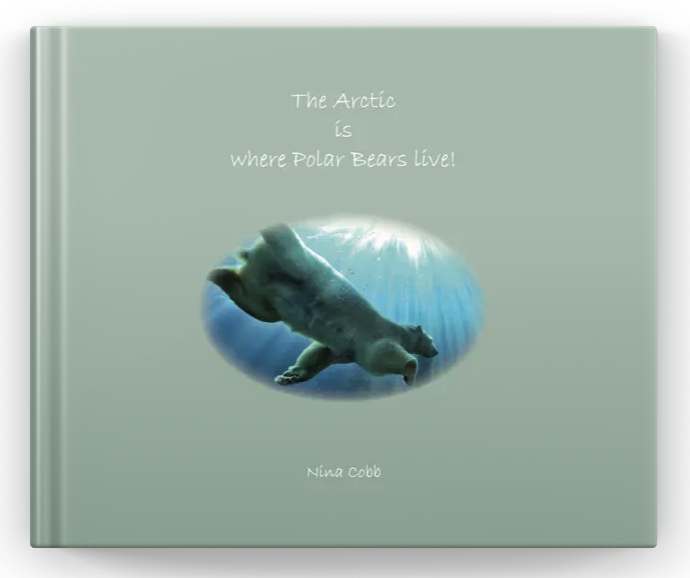 This non fiction book about Polar Bears and the Arctic is both engaging and entertaining and centres on the world of the Arctic . The style is chatty, which is unusual for non-fiction and introduces the reader to many interesting facts which entertain and captivate. 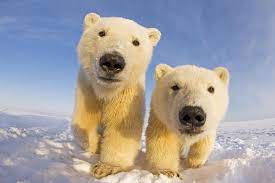 No story is perfect, but I was shocked to see a punctuation error in the opening line of The Arctic is where Polar Bears live by Nina Cobb. The first sentence was a statement, and the author marked it as a question. That aside, the rest of the story was nicely constructed. I liked how the author posed questions to the readers/listeners, such as asking if they could locate the Arctic on a map. This sentence opened the door for a geography lesson which I loved immensely. Geography is neglected in many elementary schools. The author did include a map after the question, which was very helpful. There’s also an image featuring the North and South Pole.

I thought the Great White Northern Bear picture on page seven was cute and funny. He was belly up in the water and looked like he was having a grand time. The sleeping bear photos were so sweet. They look so timid when they are napping. Not the case when their eyes pop open.

Nina Cobb asked her viewing audience why they think polar bears live at the North Pole and then gave a breakdown of why. They discussed fur, eyelids, paws, and skin. I had no idea polar bears have three eyelids. Wow, that’s amazing! The comparison between the bear’s paw and a human’s hand was shocking. I knew they had big paws, but, dang, there’s paws are massive.

The Arctic is where Polar Bears live also went over a bear’s dietary needs. The amount they consume in a single day is astronomical. FYI to parents: There’s an image of a parent and cubs eating a seal with blood covering their fur. If you think your child is too young to view this, you might opt to show them this photo.

Seals are not just featured in the main course image. The author spotlights them by giving background on them as well.: body make-up, sleeping habits, etc.

One of the final questions was if we should help the bears survive. I hope your family says yes!

Update: I’ve been made aware (via a comment on Reedsy post) the punctuation error will be looked into.

My review was submitted to Reedsy on July 7th.