Ethan Scott thinks he is having a normal Monday evening, waiting for his grandfather, Pops, to return. Pops had left on a mysterious errand the day before, and warned Ethan that if his return is delayed, then Ethan will be in danger. Suddenly, Ethan hears creaking on the footsteps and barricades himself in his room That’s the last thing he remembers as THE ACCIDENTAL WORLD by K. A. Griffin begins before Ethan finds himself transported to a new world that was like nothing he had ever seen.


NHHMM is a futuristic town, blighted by air pollution that is so strong everyone wears masks in order to breathe. Everything is alien to Scott: his surroundings, the buggies that people travel in, his classmates, and the headmistress who seems to know him, but who he has never seen before in his life. But there is one thing that is familiar to Scott, and that is the popular game, Conquest, that he used to play with his grandfather. Scott excels at Conquest, beating all of his classmates. He is chosen to play in the tournament that is attended by many in the town, including the Chancellor. But he soon learns his Pop has been captured and jailed by the Chancellor. Pop is part of an underground resistance that holds the secrets to a powerful technology that the corrupt Chancellor wants to obtain. Nobody is who they appear to be, and Ethan learns the truth about his parents and Pop’s true identity. The tournament is Ethan’s chance to save Pop’s life and those in the resistance who are trying to free him. Pop’s and Ethan’s fate hangs in the balance. What becomes of Pop and the resistance fighters? Will Ethan disappear forever if he wins the tournament, a fate that has befallen previous winners? Readers will have to wait until the publication of Book 2 in this riveting trilogy to find out what Ethan’s destiny is in the accidental world he has traveled to, and that pits good against evil is a world not too dissimilar from our own.
​BUY THE BOOK:
Kindle Purchase Link
Print Purchase Link First, I must state that The Accidental World’s cover was sublime! It captured Ethan and his precarious predicament perfectly! Eugene Ivanov, the cover artist, created a beautiful work of art.

As for Ethan, he’s on quite the adventure. Thrust into another time and place, with only a handful of clues to guide his way, Ethan’s flourished when most time travelers would’ve struggled. His quick thinking and bright, inquisitive mind have been his saving grace. Well, that and he had people watching his back for their reasons.

As a fan of games, I loved how detailed K.A. Griffin was in the gaming scenes. When the competitors gathered to play Conquest, I felt I had a spot at their table and played alongside them. Truth, I haven’t played this particular board game yet, but it sounds fascinating. Maybe, I’ll need to purchase it for family game night.

As a whole, The Accidental World was a riveting read. K.A. Griffin kept me on my toes on who was a true ally and who faking a friendship/kindness with Ethan for their own agenda. And, I could practically see Ethan’s mouth drop open when he got a history lesson about Pops and the other main characters.

After Ethan absorbed the surprise revelations, the pace of the story increased exponentially. Operation Pops was in full force, and the scenes were action-packed!!!

For those who love techy gadgets, you’re going to love all the futuristic inventions. Pops’s cane was wicked cool too.

This story would be perfect for in-class group reading, homeschooling parents, or for private use. 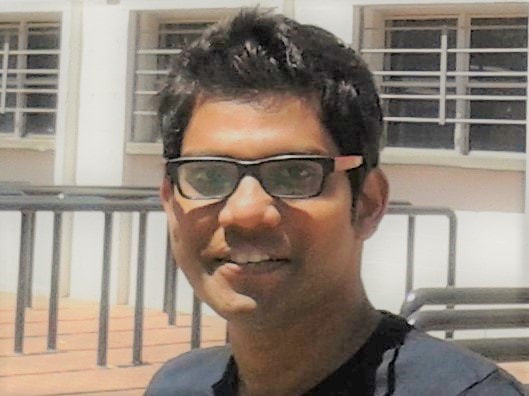 Bio: A graduate of Baylor University with a degree in Business Administration, Keith spent his first career managing businesses and distressed corporations. His second career began at Amazon, where he started at the bottom, ensuring we all get the packages we need. He now manages 100 Amazon associates, and every day he still keeps an eye out for the latest novels coming through the building.

At eighteen, he wrote his first short story. It was a murder mystery only thirteen pages long. On Christmas morning, before anyone had the first cup of coffee, his family noticed that the presents under the tree were gone, and in their place were three manila envelopes. Merry Christmas! You must solve the mystery to find the gifts! It was this short story that led to a lifelong love of writing.

Keith currently lives in Texas with his wife, a dog who thinks she is a princess, a horse who knows she is a princess, and a rescue cat who is little more than a source of allergies. There is talk of chickens in his future, but every time he starts to build the coop, a critical tool goes missing. He always blames the cat.

Do you snack while writing? Favorite snack? Noooo. It makes my keyboard all kinds of sticky.
Where do you write? Anytime or anywhere. I just can’t watch movies or television when I’m writing. I’m not that good at multi-tasking.
Do you write every day? If I don’t write something every day, I get grumpy. Cute animals don’t want to be around me. My wife doesn’t want to be around me. I need to be moving a story forward every day.
What is you writing schedule? I normally try to write a chapter a day. That’s about 4,000 words for me. The most I’ve ever written was 11,000 words. My body ached for a week.
Is there a specific ritualistic thing you do during your writing time? I listen to music. Whatever evokes the mood that I need. I usually put a song on repeat and I may listen to that one song for hours at a time.
In today’s tech savvy world, most writers use a computer or laptop. Have you ever written parts of your book on paper? No. I’ve used an old school typewriter with carbon, but I type everything on my Mac. My handwriting is so bad I would never be able to decipher why I    wrote if I used paper and pen.
If you could go back in time, where would you go? Probably 1988. I would love to have been in Berlin when the wall fell.
Favorite travel spot? Wengen, Switzerland. You have to take a train up small town and when you get off of the train the Alps are right there so close you feel as if you could reach out and touch them.
Favorite dessert? Anything with chocolate. However, adding coconut or nuts to a chocolate dessert should be considered a criminal act.
If you were stuck on a deserted island, which 3 books would you want with you? How to Survive on a Deserted Island, 101 Ways to Prepare Coconuts, and Moleskin notebook to write my next novel.