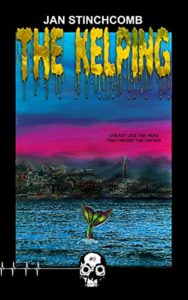 Doctor Craig Bo has everything: a perfect wife and children, a thriving dermatology practice, and a house in a lovely coastal town. Nobody is surprised when he is chosen to be the Sea King of Beachside in his hometown’s annual festival.

But after the festival Craig’s world turns upside down. Something starts growing on his skin. His son tells him a story about a sinister mermaid who lives in the attic of the local history museum. And his beautiful wife, Penelope, can no longer hide her dark connection to the sea.

As Craig grapples with his own secrets and misdeeds, he finally understands the woman he married and the plans she has for him. 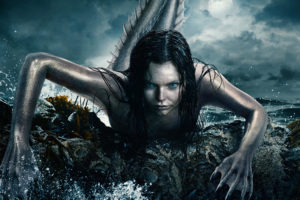 When you think of mermaids, your mind probably first goes to The Little Mermaid; sweet, singing, happy go lucky, under the sea people.

Jan (the author) DID NOT write a Disney tale. Instead, she wrote a story that would make the Grimm Brothers proud.

As a reader, Penelope was throwing up red flags all over the place. Certain phrases in conversations would lead any smart man to run for the hills. Example: Penelope wants him to “worship” only her.

Craig didn’t see or didn’t want to see the warning signs that something was off about his wife. Heck, if he looked hard enough, I bet he could see she had crazy eyes. That’s the problem, he didn’t stop to look. Craig thought with his little head, and Little Craig got him into a particularly sticky situation.

I didn’t feel compassion for Craig. I didn’t care about the outcome of anyone besides Dash.

While I did like the progression of Craig’s inevitable transformation, I wanted more horror, much like we glimpsed in the opening credits.

No doubt, this was an intriguing short story and one worth reading. 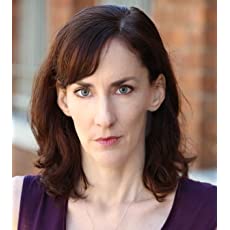 Jan Stinchcomb is the author of The Kelping (Unnerving), The Blood Trail (Red Bird Chapbooks) and Find the Girl (Main Street Rag). Her stories have recently appeared in Wigleaf, Hobart and Pithead Chapel. A Pushcart nominee, she is featured in Best Microfiction 2020 and The Best Small Fictions 2018. She lives in Southern California with her family. Visit her at janstinchcomb.com or on Twitter @janstinchcomb. 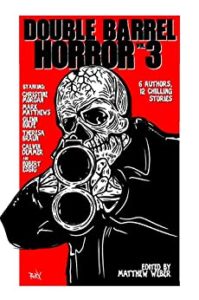 Brace yourself for another two-barrel blast of unrelenting horror and suspense. Volume 3 of the ‘Double Barrel Horror’ anthology series delivers two chilling tales from each of six talented authors for a twelve-story onslaught that will blow you out of your sneakers. This time around, your fate lies in the hands of Christine Morgan, Mark Matthews, Theresa Braun, Calvin Demmer, Glenn Rolfe, and Robert Essig.

There are twelve stories in this gory anthology. I am going to share my favorite story from each author.

I had no idea so many phrases had the word “eye” in it. Christine Morgan’s Eye See You discussed mentioned several.

When a child hears these phrases, their minds might translate to a literal form. Maybe a child believes EYES are in the back of heads. If you step into their mindset, this phrase is creepy. That’s why I think many will find Eye See You disturbing. It makes you rethink and picture a not so pleasant scene.

If you have a weak stomach, as in the mere mention of puke causes you to gag, then pass on From Unclean Spells by Robert Essig. There was so much vomit in this short story. I mean, you could slip- n-slide in the slimy stuff if you wanted to… not that I am suggesting you ever do so. I am just giving you a nasty visual of how much upchuck was involved. Oh yeah, there’s a grotesque monster in this tale as well. He made me wanna relieve myself of my breakfast foods as well.

Wicked Smart Carnie by Mark Matthews solidified what my mother told me every year of my childhood when the carnival came to town… “Never trust a carnie. Never talk to a carnie. NEVER, EVER, go off with a carnie alone!”

I’m sure carnies are lovely people, but they give off a creepy vibe to me. I’m assuming Mark Matthews (the author) has felt the creep vibe from them as well.

Theresa Braun’s Stillborn had a great combination of science fiction, mystery, suspense, gore, and shock. I mean, first, she had body parts in jars. But, she topped herself when more jars were exposed. (no spoilers)

Calvin Demmer drew me in with Highway Hunger. His monster was a seven-foot squid/octopus with two large eyes that fed on dying animals or humans. Ok, that sounds good on paper. In-person, not so much.

And the ending, wow, I DID NOT see that coming. I bet Dudley didn’t either.

Oh and the rat scene… SHIVERS!

When I was a child, there was an urban legend that a Cabbage Patch Doll came alive and suffocated a baby in her sleep. I immediately tossed all my big dolls in the trash. Even now, as I shop in stores, I give them the side-eye. I know it’s my imagination, but I swear them look a little too intently at me. Plus, they can blink their eyes. That’s creepy.

Oh, and don’t get me started on the dolls that look, feel, and act like real babies. Those dolls are nightmare inducers!

After reading The House on Mayflower by Glenn Rolfe, I have a new fear. I’d tell you, but I don’t want to ruin the story for others.