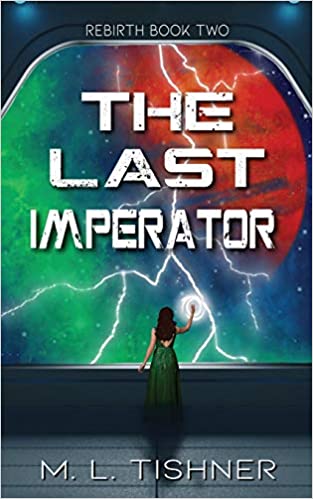 How much will she sacrifice for peace?

After six months of campaigning, Rei and the other Volocio have barely convinced half the star cluster to vote for the Federation.

Activist groups from all sides are calling for a war Rei is destined to declare, but she won’t do it. While she wants to kill the Dominion Sovereign – Anekris Praymer – she wants to destroy him herself. She can channel lightning – she is the god queen – she doesn’t need more than that and the whole star cluster doesn’t need to go to war for it.

But tensions are rising beyond both their control and when both Rei and Anekris are trapped together after an attack – they strike up an uneasy alliance.

As time progresses, Rei finds herself wondering – will they remain enemies or will they join together and finally unite the Federation and Dominion? 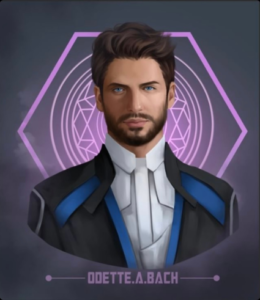 WOW, what a marvelous read!

The Last Imperator by M. L. Tisher had continuous action sequences, betrayal, family drama, love, magic, and surprise developments. It’s the type of story you’ll want to pull an all-nighter to read so that you can finish it in one sitting. I would’ve done just that, but I had to teach the following morning, so I reluctantly put the book aside to catch some zzz’s. However, come bright, and early the next day, I hurried back to The Last Imperator.

M. L. Tisher did a spectacular job developing a solid storyline. I loved every dramatic moment—sibling against sibling. Even though this story took place in space and with individuals who possessed unique talents/powers, M. L. Tisher gave them qualities we would see here on Earth: anxiety and panic attacks. The Last Imperator didn’t shy away from mental illness; you’ll read multiple mentions of it. As a person who suffers from several mental issues, I appreciated how M. L. Tisher presented it in The Last Imperator. 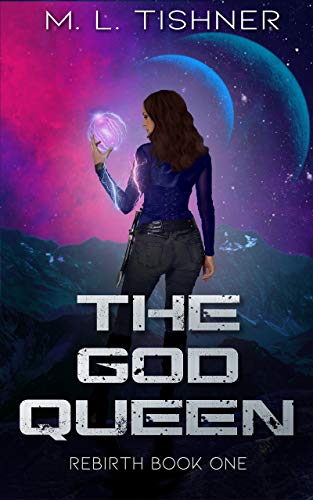