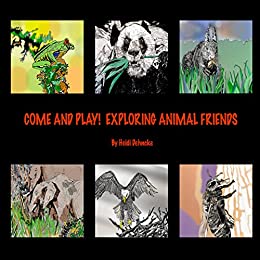 Kids love animals — and they love picture books about animals, too. Come and Play! Exploring Animal Friends takes children on a tour of fifteen types of animal friends. Discover what makes pandas, raccoons, spiders, cats, and frogs unique (just to name a few). Whether or how they play, and what makes them special. While this children’s animal book gives interesting and surprising facts, it is the original illustrations which makes this book a treasure. The animal illustrations magnify the beauty and distinctive qualities of each creature. Ultimately, kids learn they share many similarities with animals (both feelings and behavior), and they learn about the world around them. I received a complimentary copy of this book from Reedsy Discovery.
I voluntarily chose to read and post an honest review.

I had mixed feelings regarding Come and Play! Exploring Animal Friends by Heidi Dehncke. I loved the facts about various animals and insects. There was a lot of information that might be NEW to most children.

Examples: “Raccoon” is an adopted Powhatan word meaning “animals that scratches with its hands.” While spiders don’t like to play, some play dead. I knew that raccoon tidbit, but I did not know the spider information. That just proves even adults can learn something new with Come and Play! Exploring Animal Friends, and that’s a beautiful thing.

While I adored all the facts presented in the book, I wasn’t a huge fan of all the images. Some drawings were lovely, such as the bald eagle bust, elephants, penguins, and butterflies. On the other hand, there were some that I didn’t particularly care for, and neither did my daughter: the peek-a-boo frog and the first primate page, for instance.

Amazon’s recommended reading age is 3 – 9 years (Grade level: Preschool – 4). I think everyone in that bracket can benefit from the content. Three-year-olds might not fully grasp (retain) the information as quickly as a nine-year-old, but that’s okay. If you read Come and Play! Exploring Animal Friends time and again, one day, they’ll tell you the facts before you have a chance to read them. 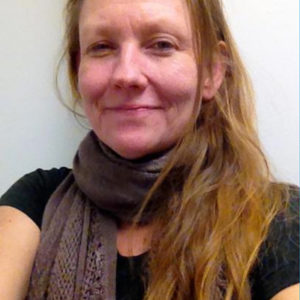 I originally attended Pratt Institute for illustration. Then I became a self taught editor and multimedia producer. I received my MS in journalism from Columbia University in 2000 and made the film Dust to Dust: The Health Effects of 9/11, (Sundance Channel, 2006). I also pursue fine art painting.