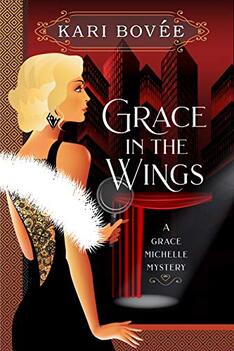 Disclaimer from me,  Kam: There are some scenes that might be triggers for some readers – physical abuse.
​A ghost from her past. Her sister murdered. Can Grace slay her demons and find the killer before she ends up dead?
​
New York City, 1920. Grace Michelle has everything she wants: a home, a family, and a future career as a costume designer for famed showman Florenz Ziegfeld, Jr.’s Ziegfeld Follies. Pretty good for a girl who once lived on the streets of New York City. But when her sister, Sophia, the star of the show, is murdered, Grace’s safe and protected life is shattered.

Battle-scarred by the war and emotionally scarred by his past, Chet Riker has made it a practice to keep his distance from others; love, after all, leads only to pain. But Chet has a problem—a big one: he’s become indebted to mob-boss Joe Marciano in an attempt to save his estranged mother’s life, and Marciano wants him to pay up or else. Desperate to get the money, he contacts former client Florenz Ziegfeld for work.

Soon, Chet finds himself playing bodyguard for introverted Grace, who has reluctantly agreed to be Ziegfeld’s new leading lady—on the condition that Ziegfeld promises to find Sophia’s killer. Upon meeting Grace, Chet quickly finds his hardened theory that love equals pain tested. Grace, meanwhile, is swept up in a life she never wanted as the Follies’ star, and as the pawn in a series of publicity stunts during a transcontinental train trip to California that puts her life at risk. Who would want her and Sophia dead? Together, she and Chet must confront publicity-hungry Florenz Ziegfeld, power-driven Joe Marciano, and their own pasts to find Sophia’s killer—and let themselves love once again.

When a loved one dies under unusual circumstances, it’s not uncommon to go to any lengths to find out what happened to them. Grace did just that regarding the sudden death of her sister, Sophia.
Before Sophia died, she publicly disclosed some shocking revelations. I don’t want to spoil what they were, but it was on the icky side. As more information about Sophia is unveiled, her sister’s (Grace) life becomes in jeopardy. This is the point in the story where readers might encounter “trigger” moments. Let me explain: There are several detailed scenes where a man is severely beating a woman. He also gets violent with another, and rape was insinuated but (thankfully) never occurs.
There were a few components of Grace in the Wings I did enjoy: the dynamic between Chet and Grace and the power of women working together in a specific set of scenes. (No spoilers) The cover is also fantastic. It represents the period perfectly, the 1920s.

Unfortunately, due to the brutality of specific engagements, I dropped my score a couple of points. I’d suggest placing a disclaimer on the book’s summary for potential readers/buyers. 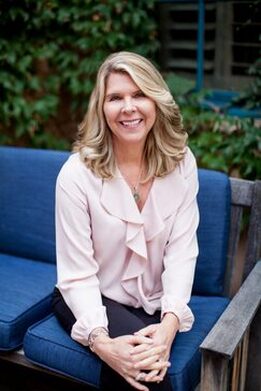