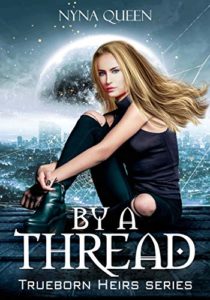 “I’m a spider, sugar. My shaper kind doesn’t bear that name for nothing.”

That’s not something Alexis Harper dares to say very often. If she did, it might just get her killed. Not that she is an easy mark, but even fools get lucky once in a while.

In a world where the magically gifted trueborn rule and the magicless halfborn slog away in the slums, half-blood mongrels like Alex are outcasts—feared and shunned. For most of her life, she has lurked in the shadows, trying to keep her true nature a secret. But the secrecy ends abruptly when she saves two trueborn aristo children from a group of hired killers.

Accused of a crime she didn’t commit, Alex suddenly finds herself running from powerful enemies, with no one around to trust. Or what about the mysterious stranger who has been following her? He is one of Death’s Servants, born and bred to kill at the country’s command. Not the most preferable ally, but then, her choices are limited. Soon she has to decide whether she can trust him or not—it’s a gamble she might not survive either way. And before Alex knows what is happening, her life is hanging by a silken thread… 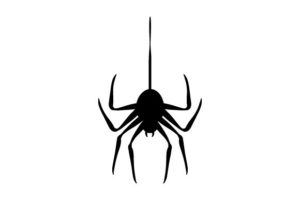 By a Thread is a well-developed story with unique characters and detail-driven battle scenes. Alex’s true self is a spider, but she isn’t like anything you’d see in a Marvel comic. She’ll make you scream, bleed, and beg for mercy. She has a tender side as well. She’s a protector. As you read By a Thread, you’ll discover she’ll go to extremes to help those she cares about.

There were many other characters in this magical read. Each person had their own particular abilities. Darken intrigued me. He appeared to be a perfect match for Alex. They both have troubling pasts that shaped them into who they are today. Plus, they would give their lives for Max and Josy —  two kids on the run for their lives.

If I had to give out an award for Best Supporting Character, it would go out to Blayde. Mysterious, powerful, funny, charming… oh yeah, I need me some more of him. 🙂 We only got a glimpse of his power, and it was mesmerizing.

Special note: By a Thread ends with a cliffhanger. Story continues in book 2, Web of Lies. 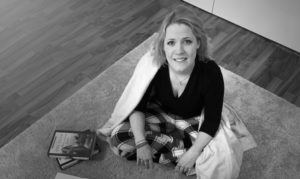 Nyna started reading fantasy books at the sweet age of six (in fact, as soon as she could read) and never got out of it. After she finished her law degree, she finally decided to commit herself to a career as an author. When she isn’t reading a book or dreaming up another story, she works as a lawyer, indulges in way too much coffee and enjoys long walks in the sun. If you are looking for Nyna, you’ll likely find her behind her laptop, hitting the keys, writing down her latest novel ideas – careful, if you speak to her now, she might not remember later!
Social Network Links:
Amazon Author Page
Website
Facebook
Instagram
Goodreads