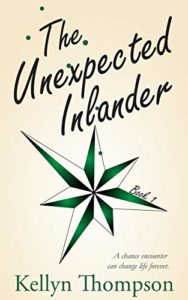 Agent Christopher Rockford has been the best assassin in the agency for eight years, and he loves his job. He loves his solitary lifestyle. He loves keeping the world safe by getting rid of anarchists who threaten their orderly society. He loves his comfortable life as a member of the wealthy Coastal upper class.

But in pursuit of a target, he meets Jenna, a mysterious civilian who belongs to society’s lowest and most shunned group. Meeting her is a life-changing experience. She makes him feel for the first time, and he is instantly captivated.

She boldly stands in the face of everything he has ever known and was taught to believe. He begins to see the world through her eyes, causing him to question his job, his lifestyle, and The Order he so obediently serves. It’s not long before he can’t imagine his life without her.

There’s just one problem: He knows she would leave him if she ever found out about his job. He knows this because he asked her how she felt about assassins in their government, and she was utterly disgusted with the idea, even though she believes their existence is just a myth.

As their relationship grows and intensifies, he knows he cannot keep the truth from her for long.

But Jenna has her own secrets to keep.

Set in an orderly world of near-perfect surveillance, genetically modified humans, and extreme socioeconomic divide, The Unexpected Inlander will take you through Chris’s journey of self-discovery and learning that change begins within.

With his phone still set to alert him when Adam moved, Chris decided to go to a bookstore he had seen the previous day. It was just beyond the Coastal District but still in walking distance. As Chris left the familiar blocks he had walked with Jenna, the tension in the atmosphere increased. Even in the Coastal District, the air and attitude were more uptight and anxious than anywhere on the Coasts, but citizens looked at him more suspiciously here, and their clothes were noticeably ragged and worn. The officers walking among the citizens were constantly checking hands and bags. Chris also noticed that officers here carried a baton in addition to a firearm. At one corner was a group of riot police with helmets and shields.

Everyone walked swiftly and kept to themselves. Several people bumped into him without apologizing. One citizen tried to reach into one of Chris’s pockets when he bumped into him, but Chris blocked his arm before he could do it. An officer saw the incident and immediately arrested the man, who argued, “He can afford to be robbed.” The officer, without any acknowledgement to Chris, put the man in handcuffs. Chris kept walking without looking back. He heard the man say “Coastal scum” and spit on the sidewalk, earning him another citation from the officer.

He reached the bookstore, and an officer at the door pointed to a sign, which reminded citizens that no bags were allowed in the store, to keep their hands where the officers could see them, and specifically for Coastals to keep their hands out of their pockets. Chris nodded to the officer to acknowledge that he saw the sign and walked into the store. The clerk at the register did not acknowledge him, continuing to frown as she stared out the window. The store was small and had a rank smell to it of old water damage that had never completely been cleared away. There was only one other customer in the bookstore, a Coastal, and he looked nervous in the unfamiliar territory. He smiled at Chris and greeted him in the Coastal custom, grateful to see a fellow Coastal.

Chris probably had more books in his own house than were on the shelves in this bookstore. Education was strictly enforced in The Sectors, and everyone was taught reading and writing in the emerging Common Language. But books were strictly censored, and most Inlanders worked for most of their waking hours and thus did not have time to read. All the books in the store were in the Common Language. When he saw one he had not read before, he took it off the shelf. It was used, as all the books in the store were, but it did not look like it had ever been opened.

Chris took it to the counter, and the clerk scanned the book without looking at him or saying a word. She flipped through it and stopped at a page. It had a note in the margin written in a language she did not recognize. Chris saw that it was written in Spanish, but he did not have a chance to read it before she marked over it with a thick black marker and threw the book in the trash can. Still without meeting his eyes, she waved him away, indicating he needed to choose another book. He did, and this time she scanned it, flipped through it, took his card, charged him, and put the book on the counter for him to pick up—all without looking at him or speaking to him. He took the book and left without acknowledging her. The other Coastal in the store quickly got a book and caught up to Chris walking on the street, staying a few paces behind him. When they got back to the blocks where more Coastals were, the man said, “Have a good day,” to Chris and walked away with ease. Chris got lunch to take back to his hotel room, and he resumed his position on watch. 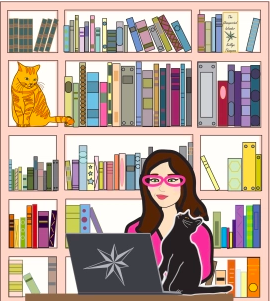 A few things about me:

You can find me on: