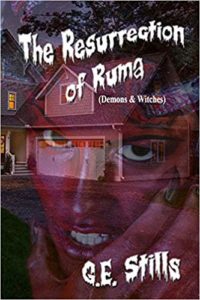 The year is 1879, the witch Farrah has destroyed the demon Ruma, but the cost has been high. Her two best friends and fellow witches are dead as well.

A shot rings out and a bullet plunges into her back. As Farrah lies dying, she watches helplessly as one of Ruma’s followers gathers some of the demon’s ashes. The follower shoots Farrah again. With the last of her magical energy she embeds her essence in the necklace she wears then dies.

Years pass and the follower’s descendant revives the demon Ruma. At the same time an innocent woman named, Lisa, finds Farrah’s necklace in a meadow and puts it on. Farrah’s spirit enters Lisa’s body and takes control of it.

The battle between witches and demons is renewed, but this time the struggle starts in 2016. Ancient magic and modern day weapons will make this war deadlier by far.

Lisa guided her vehicle to the grocery store. She didn’t have any choice which store to go to, the one in whose parking lot she pulled in was the only one in town. There was a single hardware store, two gas stations, a post office, a 7-11, one bar, a café and a few other small businesses and that was the extent of the Greensville’s shopping district. Off from Main Street were two churches as well. Lisa filled her cart then checked out. She opened the tailgate and started placing bags in the back of her SUV. A jolt of surprise raced through her when a stranger stepped up behind her. She hadn’t even heard a car pull in.

She spun quickly to face him. The man was tall and buff in his blue jeans and red t-shirt. He had sandy blonde hair and a rugged face. His green eyes seemed to smolder and to her chagrin she unconsciously licked her lips. It hasn’t been that long since I was with a man. For Pete’s sake one look at this handsome man and I’m ready to jump into bed with him. I don’t even know his name for crying out loud.

As if he could read her thoughts, he went on, “My name’s Grant, Grant Higgins.” He reached out and brushed his fingers gently over her fingers instead of shaking her hand which was filled with a grocery bag. His mere touch was like a deep kiss and to her mortification it caused her panties to dampen. Say something, you damned idiot. Don’t just stand there like a deer caught in the headlights. “Lisa, Lisa Hale, nice to meet you, Grant.”

Without waiting for her approval, he began helping her load the shopping bags in the back of her truck.

“May I ask how you happen to know my name?” she asked.

Grant chuckled and the smile that spread his lips caused her heart to skip a beat. This is real life, Lisa, not some romantic moment from a novel you’re writing.

Lisa stopped loading and placed her hands on her hips. “How the hell do you know so much about me and I don’t know a damn thing about you?”

“My aunt is the real estate broker you bought your cabin and property from. She is also one of the biggest gossips around here. I’m not the only one who knows your name and what you do. I may be one of the few that knows you’re single, but that is because I probed my aunt for more info. By the way, I own the tavern here and work there much of the time. I’m single as well. So now you know some about me. I lead a pretty boring life.”

Once again he flashed her his disarming smile that made her want to drop her pants and jump his bones right there in the parking lot. Why does he affect me that way? I’m brazen and some say I have loose morals. I’m not afraid to go after what I want, but I don’t flaunt myself on men I’ve just met a few minutes earlier.

Grant loaded the last bag of groceries in the back of her truck and she closed the hatch. Lisa moved to wheel the shopping cart back to the store, but Grant stopped her. “I’ll get it. I haven’t done my shopping yet. By the way, Lisa, we’re neighbors. That branch off the dirt road going to your cabin leads to my place. I’d give you my phone number just in case of emergency, but I doubt you have reception out there.” He cocked his head in question.

“I’m getting internet tomorrow so I will have then.” After a slight hesitation she took her phone out of her purse and gave him her number. “Call me so I can add your number to my contact list,” she said. When he did she added it to her list and said, “Got it. Thank you. I’ve got to go now and put these away before the frozen things thaw. Nice meeting you. Maybe we’ll see each other again soon.”

“I’m sure we will. Small town. Stop into my tavern sometime. I’ll spring for some free drinks.”

This time they shook hands for real and once again the contact of his skin to hers caused thrills to race through her. Lisa hopped into her SUV and drove away, only allowing herself to glance in the rearview mirror once to see the tall and handsome Grant standing there in the middle of the parking lot watching her drive away. Oh yes, she did intend to accept his invitation to visit his bar. If for no other reason it would give her an excuse to get to know him better. If things worked out maybe she could make his life unboring. She chuckled at her wicked thoughts. 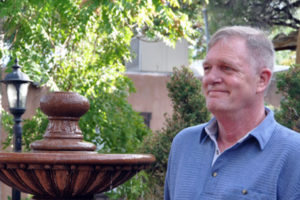