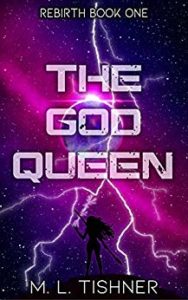 The return of the God Queen is not what everyone hoped…

Humans have long since spread their numbers among the stars. Now far, far into the future, war has torn the Tyre Star Cluster into two major political factions. The militant Dominion have gained the upper hand in the last decade when their champion murdered the hope of the progressive Federation: Niklaryn Ettowa. Some considered the war to be almost won.

Yet there are those who claim the war will not be ended by mortals…but by the rebirth of the gods.

Rei lived most of her life bartending on one Earth’s backwater towns. She daydreams of something more, traveling the stars, and destroying the man who murdered her brother Niklaryn. Her dream is within her grasp only if she accepts her fate as the God Queen.

Bronx is disillusioned with being a reincarnated god, let alone a reaper. He pays his penance by keeping people at a distance and taking up the mantle of a combat medic. When the sister of his old mentor Niklaryn storms in to join the cause will he find something worth fighting for?

Together with others, they must help the Federation tip the scales in their favor, but everyone seems to have their own plans for what the gods should do.

Jupiter Ascending meets X-Men in this epic New Adult space opera bursting with star-crossed romance, elemental magic, and an adventure across the star cluster, perfect for fans of A Spark of White Fire. 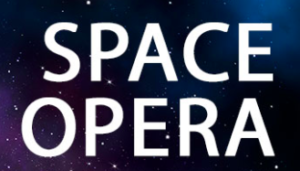 The God Queen is broken up into two sections: The Woman and The Goddess.

(Part One) The Woman read as if it was picking up from a prequel. One hundred pages into the story and I finally contacted M. L. Tishner (the author) to ask if there was perhaps a prequel to The God Queen. M. L. Tishner responded there was NO PREQUEL. She stated things were taken out, but it was all in the sakes of her readers.

While writing and editing stories, authors are faced with difficult decisions. What to keep and what to toss away is a hard choice they have to make before the book goes to print.

While writing and editing stories, authors are faced with difficult decisions. What to keep and what to toss away is definitely a hard choice they have to make before the book goes to press.

For me, I missed not having more information on key characters: Niklaryn, Infiernen, Negander, to name a few.

(Part Two) The Goddess was a thousand times better than Part One. Secrets were revealed, past/present connections were explained more, and we finally saw some real emotions from central characters.

It’s in this section that I actually started to like the characters, particularly Bronx. He’s a character you’ll want to hug and tell him everything is going to be okay.

Even though I found Part One lacking in character development, I do recommend reading this book. Why? Part Two was pretty good, and I think the series has great potential.

(Book II, no release date yet) 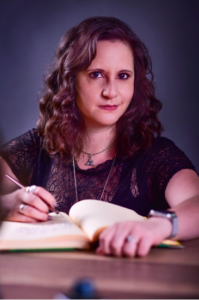