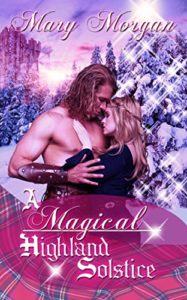 Laird Cormac Murray has witnessed how love destroyed his own father after the death of his mother, and he vows to never take a wife. Yet, when he comes upon a bewildered lass traveling alone, he finds his heart will no longer listen to his mind. In the end, Cormac risks everything to claim the love of a woman not of his time.

Eve Brannigan loves helping others and baking. After winning a contest, she is stunned to learn that the Clan Murray has requested her assistance to cater to their guests during the holiday season. When a lost path in Scotland leads her to a handsome but gruff Highlander, Eve fights the temptation to allow love to enter her heart for the first time.

Can the Fae and the magic of the Yule season bring together two souls who have forsaken love? Or will tragedies from the past separate the lovers forever? 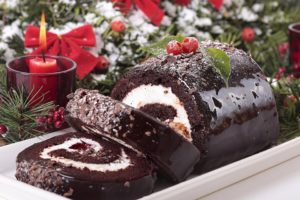 Giving her no time to protest, he grabbed her around the waist and hauled her up onto Fingal. When he mounted his horse and settled behind her, Cormac felt her body stiffen as he placed an arm around her waist. He leaned next to her ear. Her mass of curls brushed his face, and he inhaled her scent—one of different spices. Lust instantly surged forth, powerful and intense. “Relax,” he urged in a hoarse voice. Though he found it difficult to do so himself.

He felt her tremble, but she nodded. Giving a tug on the reins, they moved up the path.

With each steady trot, her body swayed and Cormac tried to focus on the road. The castle. Fighting in the lists. Bathing in the icy waters of the loch. Anything, but the soft curves of the lass’s body pressing against his own. What was wrong with him? He prided himself on being a man always in control of his emotions—especially his lustful ones. Yet, now he found himself confused, tongue-tied, and his gut twisted into knots.

So deep in his thoughts, he did not notice Fingal veering off the main road until the lass let out a giggle. She had the most musical sound, and he found himself smiling. Guiding his horse back to the path, he could hear his men doing their best to contain themselves. A glance back confirmed William was coughing loudly and Gordon trying his best not to fall off his horse.

“I swear Fingal, I am tempted to trade ye in for another horse. Ye must be going blind, or worse, old.”

His horse let out a large snort.

Eve clicked her tongue in disapproval. “For shame, Mr. Murray. How cruel. I think he’s a kind animal. Perhaps it’s the man holding the reins who can’t see clearly the path in front of him?”

The lass was quick with the wit, he mused. “I dinnae ken your word, but ye may call me Cormac.” He leaned near her again. “And I can assure ye, I am nae blind, nor old.” 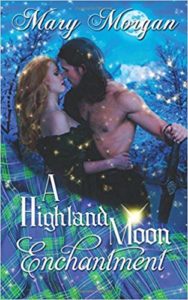 Irish warrior, Desmond O’Quinlan has never surrendered his heart to any woman. He has no wish to have his soul tortured by love. Yet, the moment he locks gazes with Ailsa, his fate is destined for an adventure he never fathomed. He may have battled alongside a Dragon Knight, but his greatest challenge will come from within his own heart. Ailsa MacDuff, a warrior among her clan, has no desire to have a man chain her to a life of obedience. However, that is before she meets Desmond. The temptation to allow this warrior inside her heart is a risk she dares to take, but one that could lead to a future of emptiness and sorrow. When betrayal looms from within, the battleground of love is no match for these two warriors. Can the power of a Highland full moon be strong enough to unite or destroy them?

His mind screamed to stay rooted in his chair, but his body betrayed him. Standing, he reached for her hand.“I will escort ye to your chamber.”

She eyed him with curiosity and stood. “Nae. Take me to the north wall. I hear the view of the loch is one that steals the breath from your lungs.”

“Done.” When her fingers slipped into his, Desmond fought the urge to crush her to his chest. Placing her soft hand in the crook of his arm, he led her quickly out of the hall and up the stairs. Bending to the left, he took her along a corridor and up a narrow circular pathway. The torches flickered as he approached the door leading to the north wall.

A cold draft blew by them, and she shivered. Instantly, regret filled him realizing he had not considered to bring a cloak for her.

Desmond paused by the door. “Ye should not venture out into the biting cold without a cloak.”

Her eyes narrowed. “I simply wish to capture a quick look, not spend the night sleeping out there.”

Shaking his head, he pushed open the massive oak door. Brittle air slapped at his face while they made their way up along the wall.

“’Tis cold,” she muttered, but chuckled softly and hugged his arm. “But ye are warm.”

“We shall not tarry long,” he assured her and placed a warm hand over hers.

“Oh, sweet Goddess. Look at the moon, Desmond. Her light shimmers over the water. I have now witnessed the charm of the loch in sunlight and moonlight. Though our rivers are stunning on their own, they cannae rival this view. As I have told ye, our island is shrouded in mists, so ye cannae see verra far out into the sea.”

Desmond’s focus was not on the moon, but the beauty standing beside him. To take what he dared not possess. He marveled at her delight of the striking scene.

Her nearness was overpowering, seducing him in a way he had never known. Desmond cupped her chin. Her eyes widened, and her lips parted in invitation. Moonlight and lust danced within her eyes. No longer did he battle with his mind and body, and he slowly lowered his head.

And under the silent whisper of a full moon, Desmond captured her soft lips within his own. He could taste her sweetness mixed with the wine, and desire shot through his veins. His hands shook as he placed them securely on her waist. As he deepened the kiss, she placed her hands around his neck. Desmond groaned, crushing her body against him. 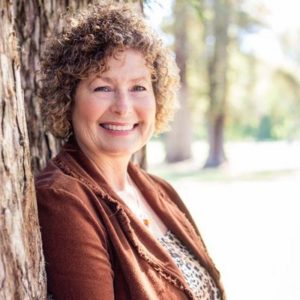 Award-winning Celtic paranormal romance author, Mary Morgan resides in Northern California, with her own knight in shining armor. However, during her travels to Scotland, England, and Ireland, she left a part of her soul in one of these countries and vows to return.

Mary’s passion for books started at an early age along with an overactive imagination. She spent far too much time daydreaming and was told quite often to remove her head from the clouds. It wasn’t until the closure of Borders Books where Mary worked that she found her true calling—writing romance. Now, the worlds she created in her mind are coming to life within her stories.

If you enjoy history, tortured heroes, and a wee bit of magic, then time-travel within the pages of her books.