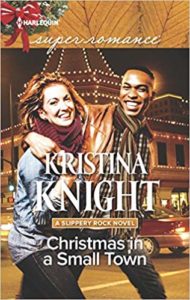 Running out on her wedding was the best decision ever!

A cheating fiancé sends Camden Harris fleeing to her grandparents’ home in Missouri. When her ex follows, determined to win her back, Camden makes a deal with neighbor Levi Walters: they’ll pretend to be in love and she’ll support his plan to buy her grandparents’ land.

The boy from her childhood has grown up into an impressive man. His charm, good looks and sweet gestures make it difficult for Camden to remember this is fake. And Levi’s kisses only confuse her more.

“You guys didn’t play with me when I went to defense. How would you know what I looked like?”

Collin blinked. “High-definition TV. Replay shows. And, you know, we did play with you all through junior high and high school. Doesn’t matter if you’re quarterbacking or playing the defensive line, like you did in college and the pros—the Levi Walters focus is the same.”

“Also, and I don’t think we can emphasize this enough, at least three of your throws pushed the dart through the board and into the wall. So what’s up?” Aiden rolled his bottle of beer through his hands, making it scrape against the table.

It grated on Levi’s nerves.

Which made it all the more weird that he couldn’t seem to stop thinking about the guys and their new relationships.

But he definitely wasn’t bothered.

“What do you guys think about the bike trail they’re talking about? The one that will follow the old railroad tracks?”

Collin and Aiden exchanged a look. Neither said anything.

“I don’t think it’s a good idea. That land is undeveloped, but it’s adjacent to the ranch, and to the Harris property, too. Could lead to mischievousness, especially during the summer months.”

“He broke out a twenty-five-cent word,” Aiden said.

“Still avoiding the actual conversation, too,” Collin replied. As if Levi weren’t sitting right there with them. As if he weren’t trying to hold a legitimate conversation instead of whatever it was the two of them were trying to get him to admit to.

“Nothing’s bugging me.” He settled his shoulders against the back of the booth. “Just here to throw darts.” The guys stared at him. “And that bike trail could lead to all kinds of other prob—”

The door to the bar opened, and Levi stopped talking. He couldn’t breathe, and that didn’t make any sense at all. It was just a woman. Pretty brown hair pinned up on her head. Pale, creamy skin. He couldn’t see her eyes from this distance, but her lips were red and turned up at the corners. She twirled a set of car keys on her finger, and gathered the train of her dress—a wedding dress, and that was weird—in her other hand, saving it from the closing of the door.

“You were saying?” Collin prodded him, but Levi couldn’t remember what the three of them had been talking about. He’d been a little annoyed with them. Something about the bike trail that still hadn’t been decided on by the county commissioners.

His mouth went a little dry, and he forced himself to take a long breath. Tried to make his heart stop galloping in his chest. She was…the most beautiful figment his imagination had ever created.

“Something’s definitely wrong with him,” Aiden said. And Levi realized his friend was right.

There was something very, very wrong with a man who hallucinated a beautiful woman in a wedding dress. Something really wrong. 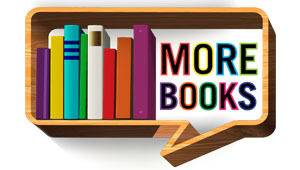 Famous in a Small Town (A Slippery Rock Novel, book 1)

Rebel In A Small Town (A Slippery Rock Novel, book 2)

Breakup in a Small Town (A Slippery Rock Novel, book 3) 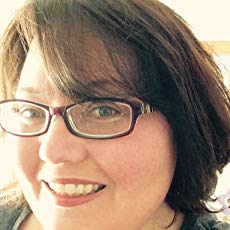 Once upon a time, Kristina Knight spent her days running from car crash to fire to meetings with local police–no, she wasn’t a troublemaker, she was a journalist. Her career took her all over the United States, writing about everything from a serial killer’s capture to the National Finals Rodeo. Along the way she found her very own Knight in Shining Cowboy Boots and an abiding love for romance novels. Kristina writes contemporary romance with a smattering of sass, sex and (of course) drama, and she loves hearing from readers. And just like the characters from her favorite books, she’s living her own happily ever after.