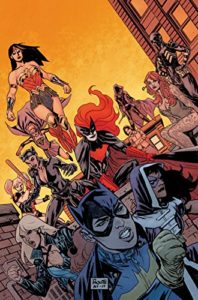 “MANSLAUGHTER” part two! As an illness that affects half of Gotham City’s population grows, Batgirl, Black Canary and Huntress pick up some unexpected help from Catwoman, Ivy and Harley, as well as some welcome backup from Batwoman, Spoiler, Gotham Girl and Wonder Woman. But as the Birds of Prey grow closer to discovering the source of the outbreak, what they find won’t end the plague and might only make it grow faster. 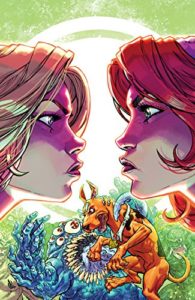 Tensions begin to rise when the Scooby gang takes refuge in a seemingly safe town. As the gang tries to hold together, a looming new threat completely unlike the monsters they’ve faced before reveals itself. The gang now faces being torn apart by two enemies: the monsters…and themselves. Meanwhile, Secret Squirrel must face the consequences of his disastrous actions. 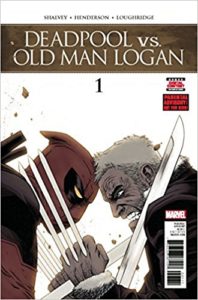 What do you get when you cross a regenerative, cranky, old X-Man with a regenerative, wacky Wade Wilson? DEADPOOL VS. OLD MAN LOGAN! Writer DECLAN SHALVEY (DEADPOOL, MOON KNIGHT) and Mike Henderson (SECRET WARS: BATTLEWORLD, Nailbiter) are teaming up to team up Marvel’s deadliest heroes together in their own series! James “Logan” Howlett is after a newly discovered Omega-Level mutant, and he just won’t let Deadpool help. So, naturally, Deadpool vows to outmatch his newly marked enemy for the entirety of his mission! 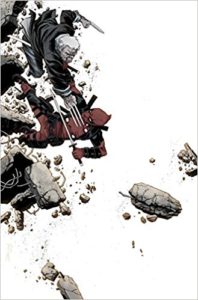 In this case…it’s DEADPOOL vs. OLD MAN LOGAN!

…which regenerating hero will save Maddie first?

4 Responses to I LOVE COMICS!!