A pragmatic human thrown into a world of magic…

Lindsey Porter fled from her traumatic past, determined to lay low, but now someone has framed her for murder. The quest for answers leads her into a parallel realm where magic reigns, and with a hostile sheriff and a shapeshifting assassin on her trail, she must place her life in the hands of a seductive, supernatural man who tempts her like no one else.

An immortal sylph enslaved by magic…

Nevan is trapped by a desperate bargain struck a century earlier, yet the beautiful, spirited Lindsey has enticed him to abandon his magically enforced duty. As forbidden passion flares between them, they’ll risk everything to uncover the truth and find what they both need the most—redemption.

The fates of the elemental and mortal realms depend on the star-crossed lovers. As dark secrets from their pasts threaten to shatter the fragile trust between Lindsey and Nevan, a shocking revelation holds the power to deliver salvation or destruction. 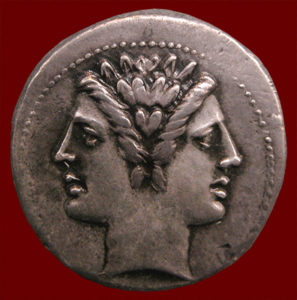 First impressions of the book: What an absolutely eye-catching cover. You just know, along the pages, there lies a badass man who will partake in a good fight because what’s the point of welding a sword unless you’re going to use it. Mmm, there’s something sexy about a man who knows how to use his sword, the weapon and the one covered by his loincloth. FYI: He made use of both swords and those times left quite the impression. With out a doubt, Nevan proved he’d do anything for Lindsey and she in turn him.

Their relationship started off bumpy as in she stumbled upon a dead guy and witnessed Nevan running away from the crime scene. She didn’t fully trust him but she overcame that in four short days. He sort of grew on her with his sexy bod, sweet gestures, oh and saving her behind repeatedly. She did return the favor though with the help of a wee leprechaun.  Oh Tris, he made me smile. His presence lightened up some tense moments, which there were plenty of: corpse, killer raven, psycho king and a battle between occupants of the Unseen realm and ours to list a few.

However, despite all the obstacles trying to keep them apart, Nevan and Lindsey did take time to consummate their relationship, which I thought would never come to pass. My only issue was the time leading up to the big moment. I get that Lindsey was a 32 year old virgin but she acted as if she had never seen a naked man before. At times, I found her behavior and attitude that of a much younger woman. I get she’s inexperienced but a woman of her age with ZERO sexual experience seemed a bit far-fetched. Maybe there are 30 year olds out there like her. I don’t know any but it’s plausible.

That aside, if you are wondering if you should purchase The Mortal Falls, then let me help you with your decision.

1.) Do you love stories with strong men and even stronger women?

2.) Do you love paranormal stories where the supernatural beings underestimate mere mortals?

3.) Do you love characters who are sarcastic, sexy, and prepared to throw down to protect the ones they love?

4.) Do you believe in magic and the power of love?

If you answered yes to any of the questions above then you must pick up this book. 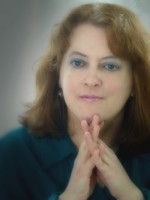