Note from Hywela Lyn regarding the ‘The Destiny’ trilogy:

💕 “Although some characters appear in each of the three books, each story is a ‘stand alone’ with no cliffhangers until the next book in the series. The series is Science Fiction/Adventure romance with a fantasy feel (or ‘space opera’, not heavy S.F.)” 💕 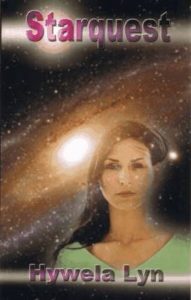 Book 1 in the Destiny Trilogy

When Jestine Darnell is rescued from her sabotaged starship by the crew of the Destiny her only objective is to complete her mission and keep her promise to save a world from slavery. Love is the last thing on her mind. However, she has not counted on losing her heart to Kerry Marchant the ship’s second in command, who makes his distrust of her painfully obvious, despite the chemistry between them. The completion of her mission has consequences that neither of them could have foreseen. Enter Dahll Tarron, who becomes involved in a long and dangerous quest to find the Destiny. Fates become intertwined, perils shared, culminating in the realization that sometimes love may be so close that there is a danger it will not be recognized until it is too late…
Amazon Print Link
Kindle Purchase Link 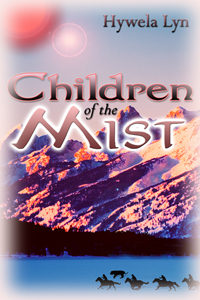 CHILDREN OF THE MIST – Book 2 in the Destiny Trilogy
Two minds united against a common foe. Two hearts afraid to show their love:
Long ago Tamarith fell in love with a man she can never have, and is convinced she will never love another. However, she cannot help but be intrigued by a handsome stranger whose psychic powers exceed even her own.
Vidarh seeks only to find his true purpose in life and to win the regard of his father, who eschews his son’s psychic abilities. Thrown together by a comon threat to their planet, then torn apart by an evil greater than any they could have imagined, can Vidarh save the lovely Nifl woman who has captivated him, before it is too late?
Will Tamarith and Vidarh overcome the deadly enemy who threatens to destroy all they know and love? Will they find the happiness they both seek? Or are they fated to live their lives alone?
Print Purchase Link
Kindle Purchase Link 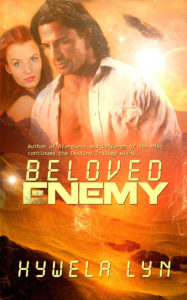 BELOVED ENEMY – Book 3 in the Destiny Trilogy
Cat Kincaid is obsessed with killing the man she believes is responsible for the torture and death of her sister, but when she eventually catches up with him, survival becomes a greater priority than revenge.
Kerry Marchant, haunted by memories, regret, and self-blame, shields himself from the pain of the past by committing himself totally to the starship, Destiny, of which he is part owner. However, the beautiful, red-haired woman who reminds him of his lost love, and who he suspects is working for a corrupt regime, represents a possible threat not only to the ship, but to his heart.
Marooned on an inhospitable planet, they need to work together to stay alive, fighting not only unknown assailants, but their growing attraction. But how can they learn to trust each other when he has vowed never to get close to a woman again, and she made a solemn pledge to destroy him?
Print Purchase Link
Kindle Purchase Link 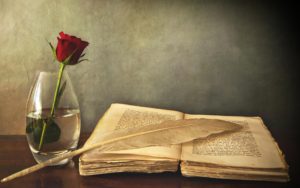 The best science fiction tv shows are the ones that have you eagerly anticipating the following week’s episode or have you zooming through the commercials because wading through 2.5 minutes of ads feels like eternity… pure torture. When a show is that good, you wish for a few more minutes. When a scifi/fantasy book is equally grand, you crave a several more pages.

When I was nearing the end of Beloved Enemy, I kept hoping 20-30 pages would magically appear —  much like things in the book. No such luck though. However, despite my wish not being granted, I was thoroughly satisfied with everything I did read.

Each chapter in Beloved Enemy contained enough scifi, mystery elements/creatures that maintained my attention from the beginning to end.

Most memorable (for me):

After dealing with inhospitable creatures, more than one crash, physical altercations with humans, and other WTF moments, I am not surprised Cat and Kerry relationship went from allies for a common cause, to becoming friends, and then progressed to full on love. When you been to hell and back, your troublesome times either break you or make you stronger. Their bond definitely became stronger. It’s what actually saved them. And that’s all you’ll get from me. To find out more…. read the damn book. No seriously, read it. It’s a page-turner, for sure!

Print Purchase Link
Kindle Purchase Link
REMINDER:  “Although some characters appear in each of the three books, each story is a ‘stand alone’ with no cliffhangers until the next book in the series.” 💕 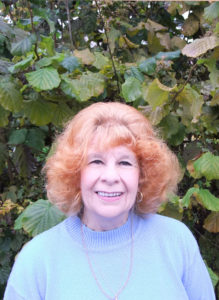 Hywela Lyn lives in a small village in England, with her long suffering husband Dave,  although her heart remains in her native rural Wales, which inspired so much of her writing.
Although most her writing tends to be futuristic, the worlds she creates are usually untainted by crowded cities and technology, embracing the beauty and wildness of nature.  Her characters often have to fight the elements and the terrain itself.  Her heroes are strong and courageous, but chivalrous and honourable – and of course, handsome and hunky. Her heroines are also strong and courageous, but still retain their femininity! However difficult the journey, love will always win in the end. She is a member of The Romantic Novelists’ Association (UK)  and Chiltern Writers, her local writing group.
A keen animal lover, she has two horses,a ‘feral’ stable cat, and a rescued terrier, who manages to twist her round his little paw.  When she is not writing, she can usually be found enjoying the outdoors with the horses and dog – or just  eating chocolate!

1. Hywela Lyn are her real first two names. She has always been called ‘Lyn’ and decided it was time her Welsh/Celtic name ‘Hywela’ got an airing!
2. She completed the arduous Red Dragon Endurance ride in Wales.
3. She used to enjoy oil painting but gave it up to write.
4. The planet Niflheim, featured in the first two books of the Destiny Trilogy, was inspired by seeing the snow sweeping in like a pink mist across the Welsh mountains just before sunset.
5. The name ‘Hywela’ means ‘Eminent’

11 Responses to The Destiny Trilogy by Hywela Lyn (Author Showcase)