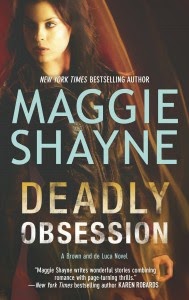 Rachel de Luca has a bad feeling about the new woman in Detective Mason Brown’s life, the nurse taking care of him after he’s injured in the line of duty. She’d like to think it’s just jealousy, but intuition tells her it’s something more, maybe something dangerous.

Mason knows Rachel’s wary of commitment, and asking her to stay when he’s in this condition would be the worst thing for their relationship. Then they receive chilling news that drives everything else from their minds.

Mason’s psychotic sister-in-law has escaped from custody, putting her sons—the nephews he’s raising—in the crosshairs. When his house is burned to the ground, he and Rachel are relieved that there are no bodies in the smoldering rubble, but now his nephews are missing and the clock is ticking.

As Mason and Rachel try to find the boys, she senses a new and unexpected danger stalking them. Soon, everyone close to Mason is in deadly peril—Rachel more than anyone…. 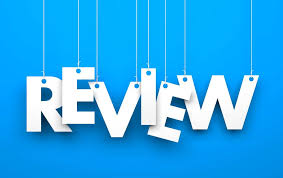 Mason and Rach are back and trouble is once again beating down their door. In this installment, they are dealing with a wacko nurse who does anything to get the man she wants. Yeah, a psycho with a fascination with fire and cooking her “obstacles”. Unfortunately for Mason, Gretchen (the loon) sets her sights on him after he saves two children from the fire she set. She sees him as her one true love and in her twisted mind the only thing keeping them apart is his nephews and Rachel.

Seriously, who better to take down a woman with crazy eyes than one with the same nuttiness.
I will say, even though Marie did some horrendous crimes in the past, she proved a mother’s love can be a powerful thing.
A sane mother protecting her family from a psychotic killer —- > good read.
A psychotic mother/killer vs another psychotic killer –> UNFORGETTABLE READ!!
Heart Rating System:
1 (lowest) and 5 (highest)
Score: ❤❤❤❤❤
Amazon Paperback (US)
Kindle (US)