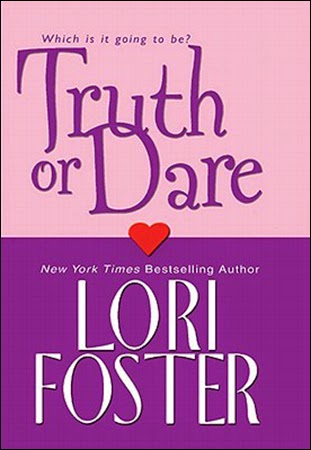 Three best friends find this is one game you might never outgrow . . .

Satisfy Me – Asia Michaels and her friends find themselves tantalized by a quiet new arrival in their small town–and by its possibilities. One thing leads to another as truth leads to dare, and Asia’s in the arms of a man who gives her answers to all of the questions she could never ask . . .

Indulge Me – Shy Becky Harte has a private wild side. But she never thought she’d run into a secret crush like George while buying some rather surprising items. George is more than intrigued at her purchases and would love to show the blushing Becky a thing or two. But it’s George who becomes the student when Becky starts calling the shots . . .

Drive Me Wild – Assertive Erica Lee is used to having the upper hand in business, her love life–everything. On a dare, she boldly approaches hunky, mischievous Ian Conrad with a scandalous proposal. Ian isn’t intimidated in the least by Erica–and he’s been hoping for just this opportunity. Seems like Erica might have finally met a man who can keep up with her . . .

I rather enjoyed how the three women challenged each other to a DARE for sexual satisfaction but only had the tables turn on them – quite deliciously, in fact.
And to think men say women are the ones who like to play games. Well, this collection proved that isn’t the case. *grins*
My only complaint was the love factor in the relationships seemed rather rushed. However due to them being short stories, I guess it was to be expected.
With that said, each story was sexier than the last and I was hooked from the get go to the bitter end.
Heart Rating System:
1 (lowest) and 5 (highest)
Score: ❤❤❤❤
~PURCHASE LINKS~
Kindle
Amazon Paperback