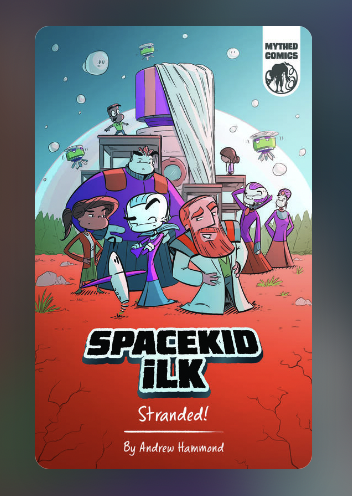 Spacekid iLK is a sci-fi comedy about an alien finding courage through connection.

iLK’s dad is an alien overlord that invades Earth, but finds ruling over this complex planet too annoying, so he hands it down to his son to look after. iLK resists, but ultimately find a diverse range of friends on Earth and discovers a planet that is worth protecting.

In book 2 – Stranded! – having only recently saved Earth from complete destruction, Spacekid iLK now finds himself stripped of his power and sent to school!

iLK must find a way to get his power back, in order to save the world, from the evil genius he accidentally left in charge – Emilio. 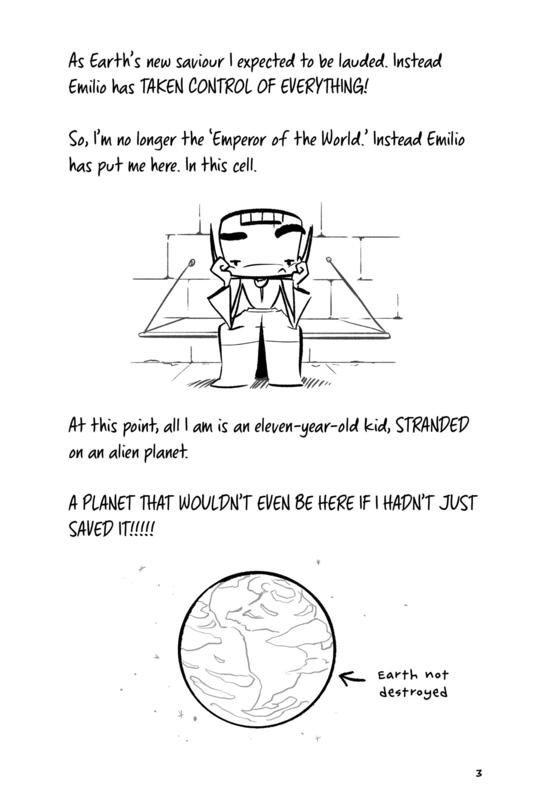 Spacekid iLK: Stranded! by Andrew Hammond is a comedy, sci-fi novel illustrated with comics and cartoons. While the suggested reading age is 7-13, I (a mid-age person) was drawn to the story. The characters were lovable, and the plotline’s resolution was unique.

iLK, an alien, came to Earth with his father. His father’s mission was to make Earth go boom. Thankfully, he didn’t carry out his orders. Instead, he put his son in charge of the planet, who then delegated the “boring stuff” to Emilio, a human. iLK and Emilio soon butted heads on who should run the world and be named King. Emilio suggests having a special election in forty-six days to decide who should rule the world.

While iLK plots to win the special election, more aliens arrive on the planet. It was funny how earthlings seemed to grow accustomed to being invaded by aliens from outer space. The “Bubbles” were so cute, and earthlings loved them. The bubble aliens went pop a lot – some by accident and some not. I might’ve been a person who popped them on purpose.

This story had several storylines happening simultaneously, but they soon merged at the end. Humans and Glubwark aliens were working together to save the planet!

As I said in my opening statement, this book had comedy. I know readers will laugh at the “villain” who has set out to destroy Earth and the means to defeat them. The illustrations will delight young readers. I loved them all, especially the image of a drooling midget fartfly from Squench. It was oddly cute. Oh, and Y-bot posing as a Philosophy teacher was humorous. iLK wondered why no one saw through Y-bot’s disguise. I have three words for you: Superman, Clark Kent.

I 100% recommend this series to readers of sci-fi or comic books.

Andrew is a Writer, Illustrator and Director from London. He believes we all have the capacity to be creative and regularly attends schools, delivering comic book workshops, creating opportunities for kids to discover their own stories.