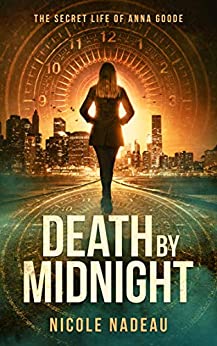 A teen genius. A Russian terrorist. Can she save her family before time runs out?

Anna is an inventor, but her high school bully causes her to hide her talents. Her best friend, Jake, is the only one she trusts with her secret. But after her parents are taken hostage by a dangerous figure in need of her skills, Anna is forced to carry out his plan in order to save them.

With her inventions and Jake by her side, Anna races against time to complete her mission. She quickly discovers that her parents aren’t the only ones in danger.

Can she save her family and countless others before it’s too late?

Death by Midnight is the first book in The Secret Life of Anna Goode series. If you like well-written characters, a strong female lead, suspenseful plots, and unexpected twists, you’ll love Nadeau’s action-packed spy thriller. 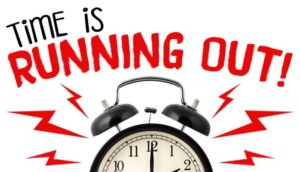 Death by Midnight can best be described as a high-octane, thrill ride.

From the opening act, chapter one, readers will be engaged in a car chase, dodge bullets, and stumble upon a dead man.

From there, things did not slow down one iota.

Anna and Jake are definitely not experiencing a typical teenage weekend, and speaking of the teens, where the heck did Anna learn to fight? She has some serious moves. She was able to best skilled Russian enforcers, CIA, and the FBI. In reality, I don’t see this as plausible. In the land of fiction, anything is possible. That’s what makes fiction so great!

I can’t wait to read the next book in the series. 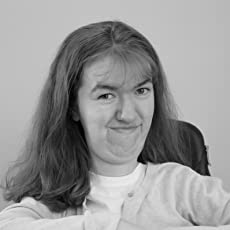 Nicole Nadeau grew up in Springboro, Ohio, with her older sister, Paige and younger brother Mark. She also has a dog, Lola and a rescue cat named Penny.

An avid reader since grade school, she read every action and adventure book she could get her hands on. Eventually, her love of reading developed into a love of writing. She started working on her own book while she was in high school.

Nicole has a neuromuscular disease called Spinal Muscular Atrophy (SMA) which creates challenges in her daily life. She refuses to let SMA stop her from doing what she loves. Like the lead character in her book, she is determined and overcomes any obstacles that stand in her way.

She is already busy planning the next book in the Secret Life of Anna Goode series and has plans for many more books in the future.