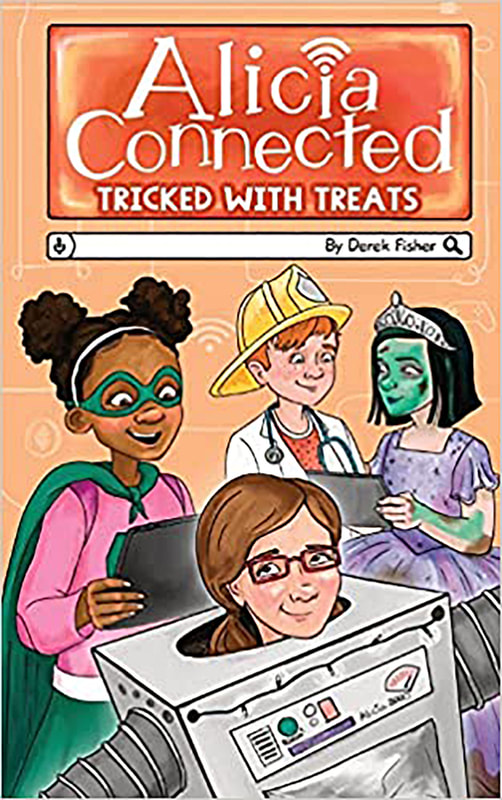 ​
Halloween is here, and it is Alicia’s favorite time of year. What’s not to like about dressing up in a costume and getting free candy? But there is something even more exciting happening this year. For the first time, Alicia and her friends are throwing a virtual party in TullyTown!

Putting together a party in TullyTown isn’t easy, and Alicia and her friends want to do the best they can to make sure it is enjoyed by plenty of avatars in TullyTown. For one of Alicia’s friends, getting ready to throw a TullyTown party leads to looking for easy treats. But what if it’s a trick?

Alicia has been using her tablet for a while and is getting more used to how to use the technology. However, there is always something new for her and her friends to learn. 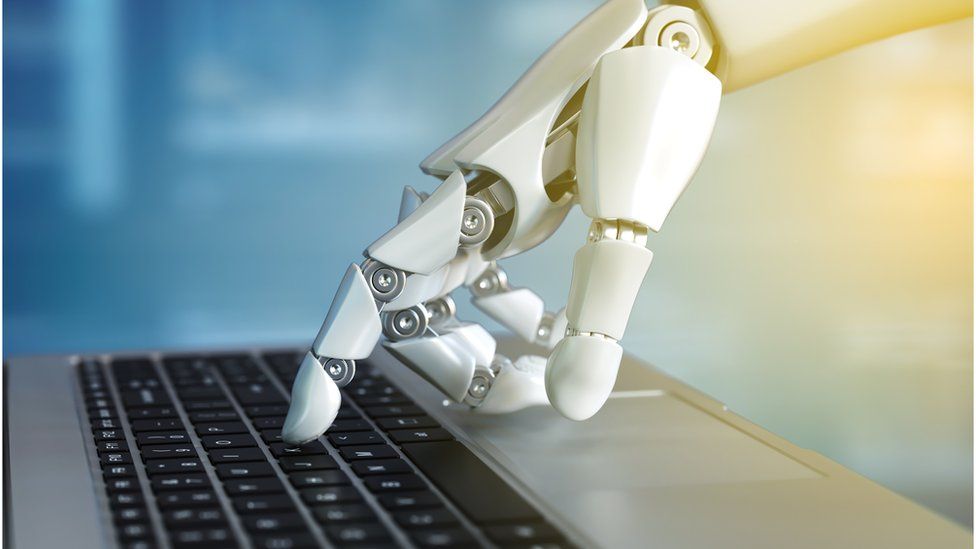 I received a complimentary copy of this book from iRead Book Tours. I voluntarily chose to read and post an honest review.
Online gaming is fun, but kids must learn the dangers they’ll face and how to protect themselves. In Alicia Connected Tricked with Treats, Derek Fisher has Mr. Mark use props to demonstrate the importance of online safety. I won’t detail what he used or how he used them because they are vital parts of the story. However, I will say Mr. Mark emphasizes the importance of securing your phone and tablet with a strong password. Of course, he informed the class never to give it out to strangers online. Hackers do not care what age the victim is — they only want to steal your information and accounts.
Derek Fisher discussed hot topics that parents should be going over with their children before starting online apps. It’s fun to earn credits, buy items, interact with friends online, but children must be prepared for online dangers just as much as they are for real-life ones.
On a happier note, I loved Alicia’s robot costume. As a mother of a crafty child, this is something she’d make in a heartbeat. After I pass this book onto her, I’m sure she’ll be running off to the craft room to start the process of making her own robo costume. 🙂
Heart Rating System:
1 (lowest) and 5 (highest)
Score: ❤❤❤❤❤
Amazon
Barnes & Noble ~ Indie Bound
Meet the Author: 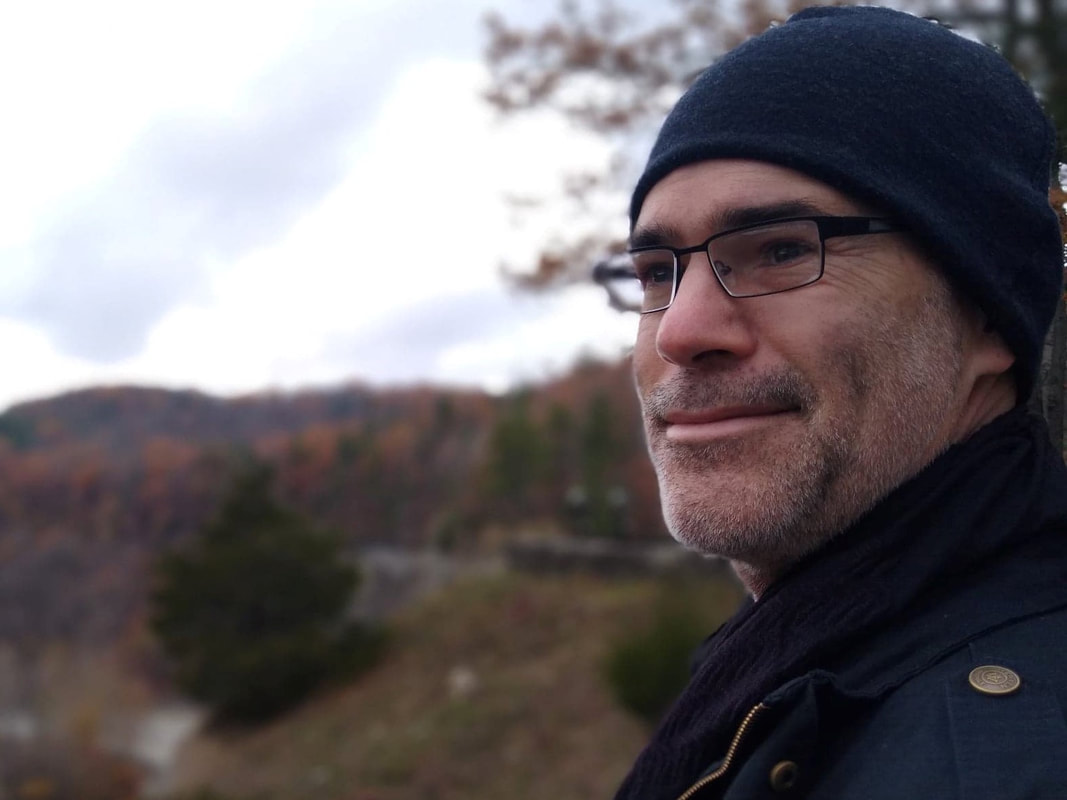 ​
Fisher is an award-winning author who has spent decades in the computer engineering field, with the last 10 years in cybersecurity as a leader, speaker, and instructor. His passion has been to take complex security topics and make them simple and easy to understand. He holds several security certifications and teaches cybersecurity at Temple University, where he is also an external advisory board member to the cybersecurity program. Alicia Connected: Tricked With Treats is the first book in the Alicia Connected series. The first book, Alicia Connected: The Big Gift, was a second-place recipient of the prestigious Purple Dragonfly Award in the STEM category.

Welcome to BB’s: A Sex Shop Series Novella by Tracy A. Ball 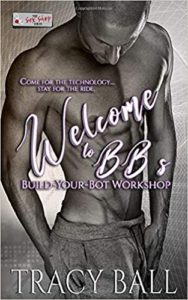 Lizzy didn’t know why her friends were broke, anti-social, and content to remain that way. Until her birthday, when they chipped in and got her a sample package.It came with a coupon… 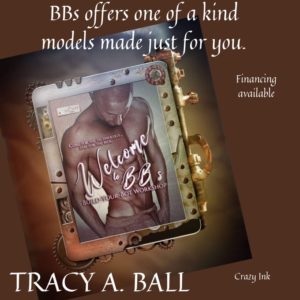 Lizzy’s heart skipped a beat when she heard the light tap on the door. Here we go. Her heart almost stopped when she opened it.

Leaning against the doorframe, Javier filled the space. His eyes were hazel with amber flecks of fire. His broad shoulders gave the T-shirt a pleasurable stretch. The hand he had casually blocking his groin didn’t hide a thing. His stance left her no doubt of his confidence. And the stud in his left ear—a silver heart—was a total turn on. “Sorry for keeping you waiting, pretty lady.” He brushed by her and took command of the room.

Lizzy didn’t know what to do with herself. She wasn’t squeezing a rubber dick in front of him.

“You look like you could use a drink.” Javier relieved himself of a small backpack, Lizzy hadn’t noticed. “Let me make you one and we’ll get started.”

When he finished, he held up a cold cloudy beverage, garnished with a slice of lime. “Gimlet. Gin, lime, and a little sweetener. It’s an easy sipper. To relax and inspire you.” He gave her one glass, and caught hold of her fingers, leading her to the sofa. He sat beside her, close, touching her hand.

Lizzy had a sip. Then she had another because she was nervous and couldn’t help herself. “It’s good. Thank you.”

“My pleasure.” He drank his own.

Oh damn. He had a dimple.

“So, uhh…how does this work? What should I be doing?”

“Enjoy your drink. We’ll hang out and chat until you’re comfortable. Then we can do whatever you want.”

Having a drink was definitely a good idea. It might have been the gin/champagne combo.  More likely, it was him, but Lizzy believed she was already starting to buzz. “So you’re a sex shop tour guide. How long have you been doing this?”

“This is my first and only tour.”

Something about his confession—if it were the truth—encouraged her. She felt less embarrassed than she would be with an old-hand. He didn’t have an arsenal of tired sell-lines to throw at her. She leaned into him without realizing it. “Why would this be your only tour?”

She watched him weave his fingers through hers.

Having put all her energy into stressing over the sex shop visit itself, Lizzy was unprepared for the shock he gave her hormones. Her skirt had risen a half-mile higher than it needed to be. Damn peppermint. It put her in the mood to make-out…with a total stranger…with a pipe in his lap…

“I’m not familiar with the term, souped-up. But, I imagine it would be self-flattery coming from me.” The bright amber flecks in his eyes lit up his face. “And, while we don’t consider ourselves sex dolls, a large portion of what we do would suggest it. I believe the answer would be affirmative.”

She burst out laughing. “I meant the supposed robots.”

Javier leaned over and whispered in her ear, “That is a conflicting response.”

It was a straight sentence, no hidden meanings or innuendos. But his breath in her ear made her wet her panties. 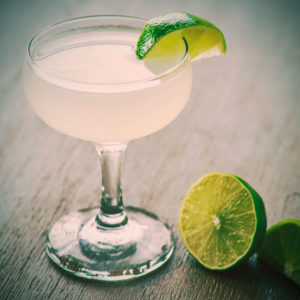 My jaw is still dragging the floor after reading Welcome to BB’s.

If you can forget Lizzie is having wild sex with a very, very, VERY  enhanced robot, then the sex scenes were off the charts hot.

Javier is not your typical robot. He looks real, feels real, and has thoughts and emotions. However, there is no mistaking he is not human. First and foremost, he’s price tag was no joke — $350,000 with no upgrades!

There were several instances where I laughed, though.

I know sexbots are a real thing. I know they are becoming more realistic with each new model. I’m not sure if I would shell out or take a loan out for one, but there’s no harm in taking a tour of the shop. Now is there… *wink wink* 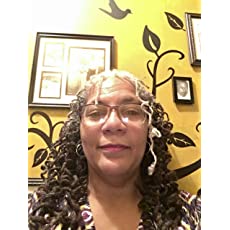 Made entirely of rum and snacks–International Bestselling Author, Tracy A. Ball is a native Baltimorean and veteran West Virginian, whose family is a mashup of cultures. She writes real and raw interracial romance with an intensity that burns because she has been busting stereotypes while teaching interracial/generational healing for more than a quarter of a century.

Tracy engages with folks from every twist of fate and all manner of experience. She has hung out with murderers and dined with people who have dined with the Pope, which is why she needs the rum…and a nap.