A Rendezvous to Remember: A Memoir of Joy and Heartache at the Dawn of the Sixties by Terry Marshall, Ann Garretson Marshall (Book Spotlight / Author Interview) 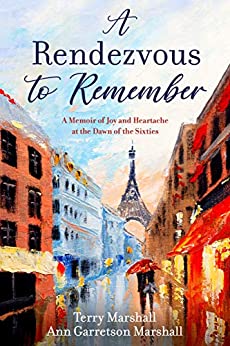 In June 1964, Ann Garretson skips her college commencement to tour Europe with Lieutenant Jack Sigg, a tank commander on the German-Czech border, with the hope of returning as his fiancée. A month later, her best friend, Terry, proposes marriage—by mail—throwing all their lives into turmoil.

Jack offers the military life Ann grew up with. Terry, a conscientious objector, will leave for the Peace Corps at the end of the summer—unless the draft board intervenes and sends him to jail. Her dilemma: she loves them both. Caught between the old mores and winds of change, Ann must make an agonizing choice.

In alternating voices, A Rendezvous to Remember presents firsthand accounts by the two who eventually married, enriched by letters from the rival, whose path led him elsewhere. Provocative and delightfully uncensored, this coming-of-age memoir is a tribute to the enduring power of love and family. 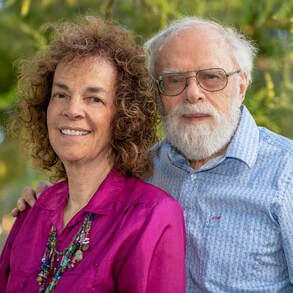 Terry Marshall and Ann Garretson Marshall taught English in the Philippines as Peace Corps volunteers and later served as Peace Corps country co-directors in the Solomon Islands, Kiribati, and Tuvalu. Back in the States, they worked side by side as community organizers and activists in Colorado. Terry went on to write fiction and nonfiction works on discrimination, poverty, rural development, and intercultural conflict. Ann has thirty years of experience as a writer, editor, and community-government go-between for issues related to nuclear and hazardous waste cleanup. Always seeking adventure, Terry and Ann have traveled to forty-three countries. They live in Las Vegas, Nevada. What was the inspiration for A Rendezvous to Remember?

Ann. A Christmas gift: Terry gave me a three-inch, Italian leather binder of our love letters for Christmas 2013. We read the letters out loud to each other each night for the next six weeks. They told a story so emotional and so compelling that we knew we had to write about it.

The epilogue to A Rendezvous to Remember includes vignettes from your 2014 trip to Europe to “redo” Ann’s trip with Jack in 1964. What other highlights of that trip are not included in the memoir?

Terry. There are so many, but here’s a special one: In drafting the book, Ann made contact with a French soldier who worked with Jack and Ann’s brother on the Czech-German border. In 2014, we visited him at his home in Tours, France, and spent a delightful afternoon with his family, including four grandchildren straight out of The Sound of Music. A home-cooked, seven-course meal, wine parings, and a journey through his photograph albums, which included snapshots both of Jack and of Ann’s brother.

What, if any, is the main un-pulled thread in A Rendezvous to Remember?

Ann. I ache to know what happened to my brother’s girlfriend Gretchen after she had her baby—my niece! We have searched for her and her child, who would now be in her fifties.

You two are a married couple writing about Ann’s love for another man. Didn’t that cause problems between you? Or did Ann simply leave out the spicy parts?

Terry. Not really. We set out to explore how we came to be a couple. It was a journey of discovery, not an attempt to “tell (or sell) our story,” so we dug as deeply and wrote as honestly and frankly as we could. The result: It brought us closer together because we gained tremendous insights into each other’s actions and feelings. Frankly, the writing—though painful at times—was wonderfully fulfilling.

What was the dumbest thing you did during the period covered in A Rendezvous to Remember?

Ann. Hitchhiking by myself across Germany without being able to speak German, then getting into the car with the “butcher brothers.” Readers will enjoy this story—it turned out OK. Also, dumping my boyfriend’s Sting Ray in the ditch. I still cringe about this.

Terry. I foolishly chose not to brave the cold and get my condoms from the car on an icy, subzero night in Silverton.