The Nucleus of Reality: or the Recollections of Thomas P— by L. A. Davenport (Book Review) 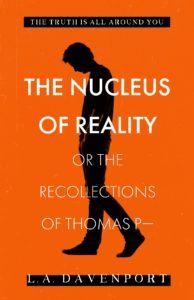 The truth is all around you

Thomas P— is exhausted. He’s been travelling for work so much he barely knows where he is. And then, while waiting for a table at a restaurant, he sees someone from his past. Exactly as she was twenty years ago, when they first knew each other. Deeply shaken, he tries to carry on as if nothing happened.

But when it happens again, in a different restaurant, in a different city, Thomas’s world begins to unravel. Haunted by a magnificent black parrot and a past he wants to forget, he becomes paranoid, unsure whether he can trust himself and the world around him.

After he sees another friend he thought he had forgotten, he realises he is lost and alone, and afraid of his own mind. Then an enigmatic woman tells him he is not seeing things but rather his memory has been mined to create life-like androids that are replacing the human race one by one.

And then he is arrested.

Will Thomas resist the mysterious woman and get his life back? Or will he join her cult and take up arms in the fight to save us all?

The Nucleus of Reality, or the Recollections of Thomas P—, is the story of a man trying to remember why he ended up losing everything but himself. 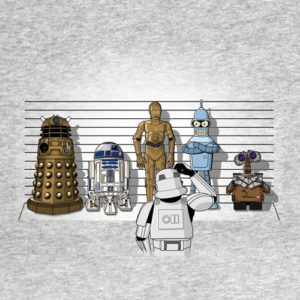 I decided to write my review in the format of an acrostic poem using only the first four words of the book’s title, The Nucleus of Reality. I hope the snippets pique your interest and you purchase The Nucleus of Reality: or the Recollections of Thomas P— to figure out how everything below ties together. Trust me, you’re in for a mind-bending ride.

These are not the droids you are looking for…
Hero?
Electrons

Neutrons
Unsure how to proceed
Conference audience goes “baa.”
Let me look inside your mind.
Eyes are always watching you, Thomas P.
Under arrest
Save the world! 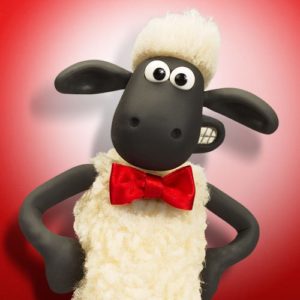 L. A. Davenport is the author of the novels The Nucleus of Reality and Escape, the collections No Way Home and Dear Lucifer and Other Stories, and the memoir My Life as a Dog.