If you’ve visited my site even once, you know I promote books or items centered around books. However, today’s post is not about books. No, it’s about the election. Mr. Trump can not serve four more years in the White House. He can not keep pulling us into the darkness. He thinks himself as a god, but he’s more like the devil.

TRUMP made a mockery of our judicial system.

TRUMP choses dictators over his own intelligence officers.

TRUMP mocked those who wear a mask as thousands of his voters die, alone in hospital rooms.

TRUMP has NO respect for women. He wants to fully defund Planned Parenthood but hasn’t taken away any fertility rights from men. They (men) can get viagra, but he (Trump) makes it more difficult for us (women) to receive affordable contraception.

TRUMP threatens to take money away from anyone who doesn’t step in line with him. That is the mindset of a DICTATOR!

TRUMP is also claiming, publicly – on the record, he won’t give up the office peacefully. That is UNCONSTITUTIONAL. I’m not surprised though… he hasn’t been known to follow the Constitution thus far.

We all know what a clusterfuck he made of COVID-19. Trump’s incompetence, his lies, his inability to listen to the science/ scientists, is the reason why we (Americans) are suffering so much. He thinks he knows more than science. I believe he’s delusional. Watch the videos of the doctors and nurses begging people to take this seriously. Watch grieving people beg for the public to take COVID seriously, and then watch Trump mock those who are taking COVID seriously. Watch and ask yourself, is he the right person to tackle the pandemic? Really, is he? I think NOT. I think you know he isn’t either.

Oh and let’s not forgot what he retweeted in October… He thinks Obama and the Navy Seals staged the photos of Osama bin Laden’s death. Trump is out of control!

VOTE for a brighter future! 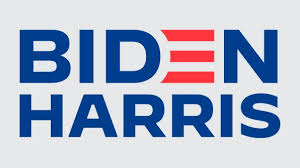