Of All Faiths & None by Andrew Tweeddale (Book Spotlight) In the autumn of 1910 the famous architect, Edwin Lutyens, receives a letter from Sir Julius Drewe for the commission of a castle on Dartmoor – Castle Drogo. The design for the castle focusses on both the past and the present and reflects Britain, which at that moment is in a state of flux. Lutyens’ daughter, Celia, becomes enamoured with the project dreaming of chivalry and heroism. The following year Lutyens and his family are invited to a stone laying ceremony at Castle Drogo. Celia meets Sir Julius’ children: Adrian, Christian and Basil. Adrian has an unbending sense of duty and honour and is seen as a hero by Celia when he rescues a farmer from a fire.

The novel moves to 1914, and the start of the Great War. Christian Drewe returns from Austria where he has been working as an artist. He has reservations about joining up, unconvinced that the war was either necessary or right. He meets a nurse, Rose Braithwaite, when he is stuck at a railway station by fog. They subsequently meet again when Rose invites Christian to a party she is having for her birthday. Despite them being of different classes, there is a mutual attraction and during the evening they kiss. However, Rose is engaged and a fight breaks out between Rose’s fiancé, who arrives much later, and Christian. Both Rose and Christian decide never to see each other again. Christian’s moral conflict about enlisting comes to a head when he is handed a white feather – the sign of a coward. Eighteen months later, during the war, Christian is injured and is treated by Rose at a hospital on the front line. Both realise their mistake of following their heads rather than their hearts. Christian is sent back to a rehabilitation hospital in England where Celia is now working.

Adrian, when on leave, visits Christian and again meets Celia. The relationship is now one of equals. Celia, a headstrong young woman, decides that she must try and develop the relationship or risk losing Adrian. Adrian is torn between his desire for Celia and his need to protect his family, who are now having financial problems. The story moves from the battlefields of Flanders to Castle Drogo, where the characters are reunited for brief periods. Faith and love are stretched to their limits as each character is affected by the relentless brutality of the war. Of All Faiths & None is the story of a lost generation. It is a novel that focuses on the relationships of the characters until those relationships are shattered. It is a coming-of-age tale and a social commentary on the tragedy of a needless war. 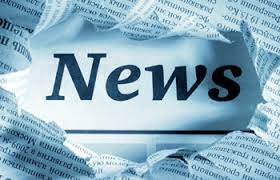 From the author… “Of All Faiths & None”

1. Has received a 4 star review from Reedsy:
Reviewed by Jacquelynn Kennedy

2. Has been entered for the Best Indie Book Award.

3. Has been nominated for the Outstanding Creator Awards – Category: Books.

4. Has been entered in the Paris Book Festival

Writer, lawyer and chef. Andrew has written books on law and engineering contracts. In 2004 he started writing his debut novel Of All Faiths & None, which took eighteen years to complete. It is the first book in a series about the Drewe and Lutyens families throughout the 20th century.