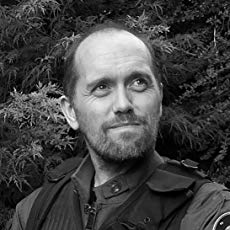 (Rexx) Nobody is ‘born to write’. I am no exception. I’d never been particularly good with grammar, and had no idea about the more complex rules (I probably still don’t, truth be told). How to write dialogue was beyond me, and I had no idea where to start with plot.

The closest I’d ever come to ‘proper’ writing was when I entered an Interactive Fiction competition in 2004 (IFComp) and wrote a text adventure based on the legend of the origin of Tai Chi. I really enjoyed describing locations and creating puzzles, and I was happy with that, so it never occurred to me to write a novel.

In 2011, I met my partner, Kris. He wasn’t a particular fan of many of the TV programs I enjoyed, but I convinced him to watch a boxset of that 90’s classic, Babylon 5, and he fell in love with it. Around this time, I convinced him to start using a wheelchair because of his disability and, after some strong initial resistance, he took it up and found the wheelchair liberating. In 2012, I started a new job at a software development company that focused on behaviourism, and while working there I realised that I could *learn* to write. It was just a skill other people learn, after all.

By 2013, Prompted by my love of Babylon 5 and games like Mass Effect, I had started making notes. Kris provided the inspiration for several character notes and plot points; I was desperate to write something scifi that involved a wheelchair, but didn’t ‘fix’ disability. Once I’d convinced myself I’d got enough notes to start forming a plot of sorts, I started reading books about the various components of writing and finally put pen to paper / fingers to keyboard. At this point, Kris started training to be a fitness instructor, so I used the time while he did his courses to begin writing.

Come the end of 2013, I’d completed the first draft of Synthesis:Weave. It was another year of editing (and seven more drafts) before I handed it over to my editor and subsequently rushed to publish it. Now, years later, and after having written the sequel, I regretted that decision and went back to tear it down in a rewrite, which has now been published as a second edition in August 2018.

(Kam) I’ve read many backstories and I find yours to be one of the most intriguing ones I’ve read. As for Babylon 5: I’m more of a “Star Trek: The Next Generation” kind of gal. I love Picard! BTW: Kris, in the photo above, is an inspiration to all who think that something is impossible. There’s no shame in trying. If you fail, that’s ok, at least you tried.

(Rexx) For me, writer’s block seems to come about because of two things that actually have the same cause: lack of information.

I’ll get stuck because I’ve not thought of some way for characters to get out of/into a situation, or not enough backstory. I’ll also find myself paralysed when I don’t know where the plot should go next – usually because it could go in far too many directions. Both of these are down to not having a vital piece of information – be that something I need to think of in backstory, or some way of limiting what can happen next.

I’m a plotter, although I don’t go to such depth as planning chapters and scenes. Instead, I plan ‘waypoints’ – information I want to relay to the reader, significant events I want to happen, problems that can occur, and occasionally fully-written scenes I want to insert. I don’t necessarily know the order of these when I write them, so once I’ve got enough I’ll go through and group them into themes which often end up representing the start, early middle, late middle and ending of the book’s plot.

I start writing and then see where each of these points leads, so getting stuck is a consequence of not having the right piece of the puzzle to put in next to continue the flow. It can sometimes be remedied by writing on paper instead of using a keyboard; the medium forces me to go forwards without being able to stop and edit what I’ve put down. Other times, prompting myself about the problem before driving to work or doing some other menial task will mean I suddenly have an idea when I’m not expecting it.

(Rexx) I currently write science fiction, although I like to veer slightly off-genre to mix things up a little. Only recently, I discovered that my work falls into ‘solarpunk’. While I will read dystopian, I wouldn’t want to write it and prefer upbeat/optimistic scifi.

When I’m not writing or doing my day job (as a systems developer), I like to play computer games. I don’t spend as much time reading as I probably should, but I do read to my partner before bed, so I guess that counts.

I’ve been in a group of RPG players for just over 10 years now, and we play 3rd edition D&D – although it took them nine years to convince me to have a go at running the game myself. They enjoyed it, and I recently convinced them to give Traveller (scifi rpg) a go. I think playing D&D has fed back into my writing and given me a way to understand the characters I write and get into their heads. Similarly, writing has furnished me with the tools to make up my own adventures and encounters with greater ease.

(Kam) I’ve played D&D once in my life.  My husband introduced me to it because he spent so much time playing it in his youth. He hoped I would love it too but I didn’t. Guess I’ll stick with Yahtzee, Uno, and Scrabble.

(Rexx) If I think people might be interested in scifi, I’ll mention my novel(s). I’m actually more proud of the fact that I write than of the work I do every day, simply because it’s easier to talk to people about writing than it is to explain the technicalities of my day job.

My relatives and friends are proud of my writing (or so they say), but at times it’s a delicate balance to keep from getting obsessed with writing and have it getting in the way of my relationship with my partner.

(Kam) Some of these names are not familiar to me. For that, I say thank you. I love being introduced to new authors/reading material.

(Rexx) I’m going to be self-indulgent. I want to see Synthesis:Weave on screen. I wrote it to feel like a movie.

Bill Nighy (the British actor, not the science guy) as a particular enigmatic figure.

A genuine amputee (double or otherwise) to play Aryx. Favouring Kurt Yaeger, although there are several paralympians who would suit, if they could act! 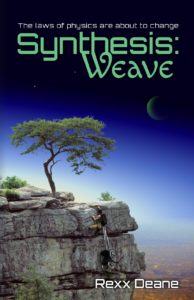 The laws of physics are about to change …

A tsunami on a space station.
An explosion with no trace of the bomber.

Cyber-security expert Sebastian knows evidence doesn’t magically disappear, yet when he and his colleague Aryx, a disabled ex-marine, travel the galaxy to find the cause, there seems to be no other explanation.

Can they unravel the mystery before his family, home, and an entire race succumbs to an ancient foe?

(Rexx) I’ve finished the sequel to Synthesis:Weave, and at this time I’m working on the cover for that, along with plotting the final book in the trilogy. I’ve also got ideas for an unrelated mild scifi set on present-day Earth, which I want to centre on a female character – it’s going to have a completely different feel to anything I’ve written so far.

(Rexx) Ebooks are available on Kindle, Kobo, Google play and Nook (all DRM free, so you can read it on any of the devices you own, regardless of which platform you purchase it from). Paperback and hardback formats are also available.

The preferred reading order is the order in which they were written. Synthesis:Weave was written first, followed by the short story prequel, Synthesis:Pioneer, which, when read after S:W, gives the ‘oh, so that’s what they meant!’ factor. 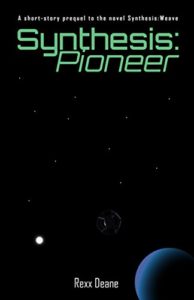 When Calendula accepted the post of linguist aboard the Fluorescent Lightingale, she felt as though she’d been accepted as a token crew member. Little did she know what pivotal role she would play in Earth’s future.

Please note, Synthesis:Pioneer is a prequel short story to the Synthesis novel series only, and not a full-length novel.

(Rexx) By contact form on rexxdeane.com, or on Twitter @RexxDeane – I don’t tend to use Facebook much now and have been distancing myself from that platform, although I do have a page there.

(Rexx) I would like readers (and perhaps writers) to remember that just because a book has a character with a disability, it’s important not to make the disability the focus of the book. Disabled people just want to get on with their lives, and quite often get sick of being lectured or constantly presented with books that say they should behave a certain way. To be presented realistically, disabled characters should be the same. Just have them “get on with it,” and readers will love your book for it. 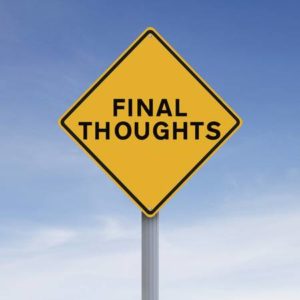 Your final comments (Q10) are absolutely true. People don’t want to be seen for what they can’t do but praised for the things they’ve accomplished. Disabled or not, we are all capable of truly amazing feats.

I want to thank Rexx for sitting down with me today. I also want to thank everyone who’s reading this and decides to share, comment, or purchase Synthesis: Weave and/or Synthesis: Pioneer. Remember, reviews are helpful to authors. They love them. I’m sure Rexx especially loved the ones posted to Goodreads. (See below)

Chris B. (Synthesis:Weave), 5⭐: A Scifi story that keeps you gripped from beginning to end, with many twists & turns, a must read for all Scifi fans, it’s an excellent read, looking forward to a second book in the future 🙂

Alastair (Synthesis: Weave), 5⭐: I read this, and I liked it. Full of inventive ideas, spaceships, aliens and mystery. What’s not to like?

Rose E. (Synthesis: Pioneer), 5⭐: This is a very short SciFi story about 30 minutes of reading in which we get an introduction to ‘The Synthesis Series’, and a brief insight into the very varied crew on board the ‘Fluorescent Lightingale’.

This tale centres around the linguist aboard who goes by the name ofCalendula a talented young woman who uses all her senses. I particularly like how the author describes what she smells and hears upon boarding the ship.

I really do not wish to say more otherwise the story may be spoiled, but I do know that I will be moving the main story up my reading list.

(Kam) Yes, I know the last review had a typing error but I didn’t think it was appropriate to change it. It’s their review, not mine. Plus, I don’t think the error undermines the love Rose had for the story.  😛