The ‘A Futuristic Fantasy’ Series by Jim Proctor (Author Showcase)

Jazeen is a prisoner—not in a jail or a dungeon, but in her own home. Her parents, guilt-ridden since the death of their oldest daughter, have taken overprotective to the extreme, never allowing her out of the house except to attend school.

Trapped and frustrated, Jazeen only wishes to be free. When a familiar bird taps on the metal of her balcony, compelling her outside to investigate, she’s hit by an almost jealous yearning when it spreads its wings and soars away. Despite knowing her mother would disapprove, she climbs onto the railing, staring out at the vastness of the stars. It’s then she hears it… the thrum of an airship.

Mistakenly under the impression Jazeen is about to jump, the eccentric airship pilot throws her a rope. In an act of defiance… or perhaps desperation… she grabs it and climbs onto the ship’s deck, sending her life in an entirely new direction. The dangers of the world, once no more than vague concepts, suddenly become very real.

Thrust into a reality where magic isn’t make believe and witches do exist, Jazeen isn’t sure if she has what it takes to protect her newfound freedom, but she isn’t about to give it up without a fight. 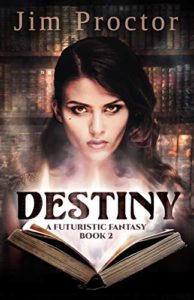 Nineteen-year-old Jazeen Florence wants to become a witch, but finding a willing teacher is nearly impossible. Angus, her fiancee and a powerful wizard, refuses to teach her. His one and only student tried to kill him and Jazeen a year ago. That’s his excuse, anyway.

Jazeen’s frustration grows as her efforts to learn on her own prove fruitless. Then, while visiting an old bookstore, the shop owner gives her a special book he says will teach her witchcraft, and her world is forever changed. As her magical power grows, her relationship with Angus becomes strained as he watches Fate pull her toward a dark and dangerous destiny where life and death are the stakes. 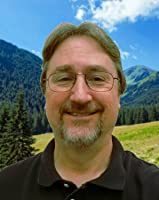