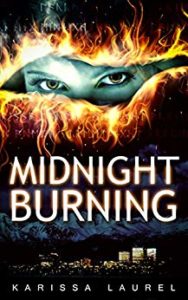 When the police notify Solina Mundy that her twin brother, Mani, is dead, she heads for Alaska. Once there, she begins to suspect Mani’s friends know more about his death than they’ve let on. Skyla, an ex-Marine, is the only one willing to help her.

As Solina and Skyla delve into the mystery surrounding Mani’s death, Solina is stunned to learn that her own life is tied to Mani’s friends, his death, and the fate of the entire world. If she can’t learn to control her newfound gifts and keep her friends safe, a long-lost dominion over mortals will rise again, and everything she knows will fall into darkness. 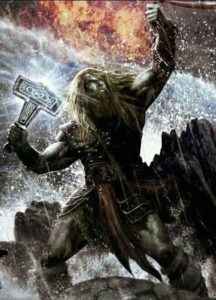 Karissa’s modern-day take on the Norse gods and goddesses was quite fascinating. In Midnight Burning, mortals no longer believed in gods and goddesses but they haven’t vanished. In actuality,  they live among us in plain sight. This twist reminded me a bit of a television show, American Gods. In that show, gods and goddesses walked among us, battled each other, but that’s really where the similarities ended.

In Midnight Burning, Karissa wrote about a woman, Solina, who didn’t know how special she really was or extent of the power that lies within her. She was the sun. She was able to exude light from her pores and burn things to ash. She was fearless. She was ready to take on everyone and everything that stepped in her way. She was pretty badass when she wanted to be.

Admittedly, there were parts of the story that seemed to drag but when Karissa allowed Solina to shine the pages seemed to fly by.

As I read the final page, I immediately wanted to start book two, Arctic Dawn. Unfortunately, I didn’t have this book but I knew I had to remedy this quickly. Karissa left me intrigued, dying to know where Solina’s journey took her next. I had to know what became of certain characters and if Solina would allow Thorin to capture her heart.

When you read a book in a series and instantly want more, then that’s the sign of a good storyteller… a good book.

Karissa Laurel is such an author and Midnight Burning was that book.

I encourage fans of mythology to purchase this book and the rest of the series. I have a feeling the rest will be just as entertaining as this one.

Check out these books in the series!