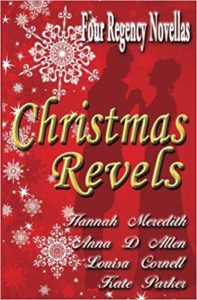 “A Light in Winter or The Wicked Will” – Debt-ridden Connor Grayson inherits his uncle’s title and ruined estate. But in order to receive his uncle’s money, the new Viscount Roxbury must marry an ancient crone—a fate he considers…until he meets her companion.

“The Lord of Misrule” – Everyone expects the Earl of Morrell to propose to Alice Caruthers during the Christmas holidays. Finally! But when the earl’s best friend arrives as the lucky First Foot on New Year’s Eve, Alice’s world turns upside-down.

“God Rest Ye Murdered Gentlemen” – Newlywed Eugenia, Lady Hunter, wants to impress her aristocratic in-laws with her first Christmas house party — but blackmail, dead bodies, and being snowed in with a killer are not part of her plan.

“A Perfectly Dreadful Christmas” – Three not-so-wise gentlemen, a pregnant stranger, several tumbling footmen, and an unexpected snowstorm will turn Elizabeth’s Perfectly Ordinary Christmas into a disaster…or a Christmas miracle with the man she loves. 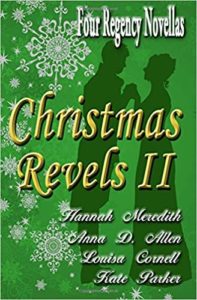 “The Vicar’s Christmas” – Margaret Trent never needs anything or anyone, but when two London solicitors show up on her doorstep, she needs a hero. Enter Henry Ogden, mild-mannered village vicar. Hardly the stuff of heroes . . . until adversity brings out unexpected talents.

“A Christmas Equation” – A chance meeting between a reluctant viscount and a self-effacing companion revives memories of their shared past—a time when they were very different people. With secrets to keep, Sarah Clendenin wishes Benjamin Radcliff gone . . . but he’s making calculations of his own.

“Crimson Snow” – A trail of blood drops leads Jane Merrywether to a wounded stranger—the only person standing in the way of her wicked guardian becoming an earl. John Rexford, long-thought dead, has returned to claim his inheritance and his promised bride . . . if he can survive a murderous Christmas.

“A Perfectly Unregimented Christmas” – After years at war, Viscount Pennyworth returns to his ancestral home to find some peace and quiet and to avoid the holiday he loathes. But four naughty boys, a bonnet-wearing goat, a one-eyed cat, a family secret, and one Annabelle Winters, governess, make this a Christmas he’ll never forget. 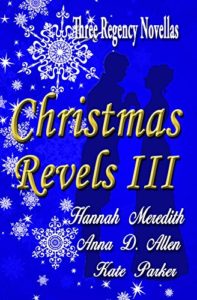 When days turn dark, Christmas brightens the way… Come Revel with us again!

“Magdalena’s Christmas Rake” – Thomas Eddington comes home for a family Christmas to discover his mother in a matchmaking mood. Worse, she has invited his childhood nemesis, “Mad Maddie” Winslow, to act as chaperone to the eligible debutantes. For her part, Magdalena Winslow hopes to go unnoticed. She certainly wants nothing to do with a London rake, and she’s not afraid to let him know it.

“Christmas Promise” – When skaters at a Christmas house party find a dead man beneath the ice, the squeamish local magistrate relies on Eve Franklin to help with the investigation. Complications arrive with Lord Adam Downing, who is searching for the dead man – and stolen jewels – on orders from the Prince of Wales. Eve must now convince the aristocrat to view her as an equal—but he sees her as so much more.

“The Christmas Rose” – Lord and Lady Trenton have an exemplary society marriage—an amicable partnership. Simon dedicates himself to his Parliamentary responsibilities and estate concerns. Emma devotes herself to their children and her charitable endeavors. But when the stress of the coming Christmas season fractures their facade of marital harmony, they discover what they both really need and want. Each other. 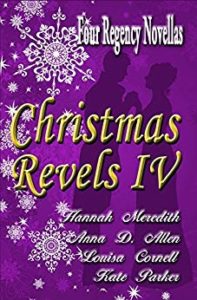 “The Sergeant’s Christmas Bride” – Sergeant Jacob Burrows just wants a place to bed down for the night. He never expects to be confronted by a lady with a gun. Elizabeth FitzWalter intends to drive the stranger off her land, until she realizes he meets her most pressing need.

“Home for Christmas” – When Charity Fletcher receives a mysterious bequest—a house by the sea—she hopes to rebuild her life. Lord Gilbert Narron leases a seaside house to hide from his memories of war. Charity’s refuge is Gil’s bolt-hole… but what both are seeking is a home for their hearts.

“A Memorable Christmas Season” –The last thing Lady Roekirk expects at her Christmas party is a dead traitor in her parlor… or the Crown’s Spymaster helping her hide the body. Thirty years earlier, she’d been forced to wed another and Lord Keyminster became a spy. After this long, does their love stand a chance?

“A Perfectly Unforgettable Christmas” – Every day, Lucien Rollinsby endures a memory of Christmas Eve. Not even his lovely new neighbor can make him forget that horrible night five years ago. Caroline McAlasdair remembers that Christmas Eve, too. But if Lucien recalls her presence there, it will destroy their only chance at happiness forever.

Christmas with the Regency Lords and Ladies is Always Unexpected—So Let the Revels Begin.

“Mr. Hunt’s Christmas Caller” – After his anticipated betrothal falls apart, Matthias Hunt wants nothing to do with Christmas festivities. Yet, when quiet, demure Constance Blackwell unexpectedly gives him a piece of her mind, he wonders why he never considered her. Delivering gifts for her aunt, Constance dreads facing Mr. Hunt in the wake of her hasty words. After years of secretly loving her neighbor, she can hardly expect a Christmas miracle… until the weather changes.

“The Christmas Gamble” – In exchange for her guardian’s gambling debts, Lizzie Hancock is pledged to marry the Earl of Stonebrook, a man she’s never met. When she arrives for the Christmas wedding, the bridegroom is missing, the servants are secretive, and a prodigal brother has returned. Could Lizzie gain everything she desires—if she’s willing to gamble on love?

“The Gnome and the Christmas Star” – The Earl of Marle has an uncanny ability to judge political candidates, but he’s a failure in matters of the heart. After years spent caring for her late husband, the Dowager Viscountess Lyndon fiercely clings to her new independence. An unlikely meeting offers them both a second chance at happiness, but a Christmas miracle is needed to claim it.

“A Perfectly Ridiculous Christmas” – Valerian, Viscount Keynsham will do anything to ensure his best friend’s marriage to a wealthy heiress, including claim the man’s three young Creole daughters as his own. Lady Catherine Chastleton needs a manageable husband to claim her inheritance. As the children try to keep their stories straight, Christmas will be anything but manageable. 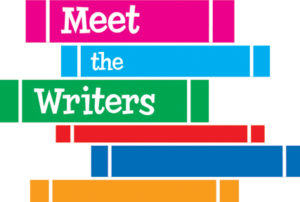 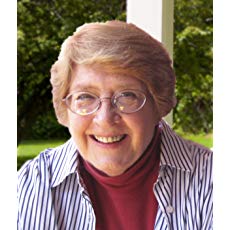 Hannah Meredith is, above all, a storyteller. She’s long been fascinated by the dreams that haunt the human heart and has an abiding interest in English history. This combination led her to write historical romance. She hopes you enjoy her tales. You can visit Hannah online at www.hannahmeredith.com. 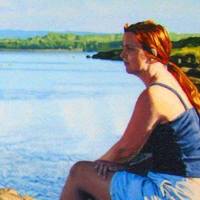 Anna D. Allen is an award-winning writer noted for her eclectic style in the genres of speculative fiction and Regency Romance. She is also a scholar specializing in the people and lost communities around Cane Creek, Calhoun County, Alabama, in the mid-19th Century. Her fiction is available from Smashwords, ibooks, Kobo, Barnes and Noble, and Amazon. (Original cover art by Adam Tetzlaff) 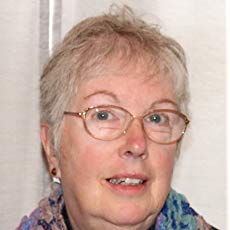 Kate Parker began reading Agatha Christie mysteries and the Nancy Drew books while her classmates were reading Dick and Jane. She particularly likes historical mysteries and the feeling of time travel a good historical book can give the reader. Combined with her love of late Victorian to World War II architecture and fashions, she found an outlet for the stories and characters that fill her head by writing The Victorian Bookshop Mysteries and The Deadly series, as well as taking part in the Christmas Revels anthologies. 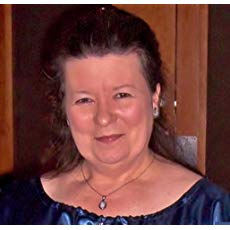 For a long time, reading fairytales was enough for me. Then I had to write them, because there are stories in my head that simply must be told.