The Witch and the Squirrels by G.E. Stills (Book Showcase) 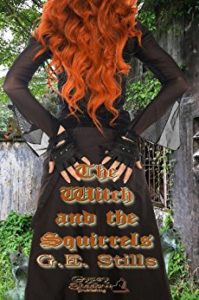 As a fireman in a small town, Chad’s life is laid back, easy going. The worst problem he has is tolerating Jerry, his so called friend. Jerry sees himself as a gift to women. He’s a player and Chad has a difficult time dealing with that. Chad’s life is destined to become much less peaceful and serine when Heather appears in town. From the very first time they meet, he is strongly attracted to her. To his consternation, Jerry imposes himself between them and tells lies about Chad in order to win Heather’s favor.

Jerry vanishes, as does Heather. Then one day on the way home from work, Chad encounters her again. Having discovered Jerry’s lies, she invites Chad to join her for dinner. Cheerfully, Chad accepts. With Jerry out of the picture it’ll be just him and Heather. Things are about to get very interesting for Chad. 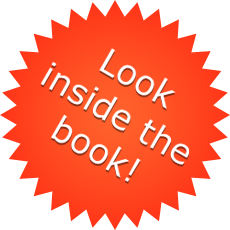 Chad resisted the urge to break into a run when he passed the run-down house. If not for the fact it was along the route he used when he walked to work . . . You’re a grown man, not some scared little boy. Still—something about the place gives me the willies.

Cold and dreary looking, the dilapidated two story structure sat on a lot that encompassed the entire block. An unkempt yard, overgrown with vines and shrubs, surrounded it. Nobody had lived in the place for years.

Not since old lady Jameson vanished a number of years ago.

That was long before he’d moved here.

His steps carried him away, putting the house behind him. The somber feeling of foreboding lifted from his shoulders as the distance increased. Two blocks farther, he entered a two story eight-plex. Taking the steps two at a time, he then paced down the hallway to his apartment door located on the left near the rear of the complex. Soon he forgot the eerie feeling. Changing out of his uniform, he put on faded blue jeans and buttoned up his sport shirt.

Locking the door behind him, he left for the small bar a short distance away. When he opened the door, the smell of whiskey and stale cigarettes assailed his nose.

Why do I come here?

He answered his own thought immediately.

Because this may be a hole in the wall, but they have an excellent burger. He usually treated himself to one at the end of his shift. The bartender poured a glass of ice water and set it in front of him on the counter.

“The usual, Chad?” the bartender asked.

The bartender walked away to place his order.

“What’s up, Chad my man?” a familiar voice said. He stifled a groan when Jerry sat down next to him.

“Not much. Just got off work.” For some reason, Jerry had glommed onto him from the start.

Maybe because I was new in town. Maybe because I didn’t know him any better. That and the fact he has an apartment in the same building as me. And he and I are both single.

“Wanna come to the club with me tonight? There might be some fresh meat there. Ya never can tell, with that new catalog ordering center opening up. I hear they’ve hired a number of women. About damn time this shitty little town got some new businesses.”

Translated, new women who don’t know you and what a player you are, Jerry.

“If you hate this place so much, why do you stay? Why don’t you move to a larger town?”

“Maybe I will someday, but in the meantime I haven’t bedded all the eligible ladies in this one.” He winked.

And some that are not eligible, Jerry.

Chad shook his head and smothered his sigh of disgust. Even after all these months of knowing Jerry, he found it hard to believe his attitude toward women. He found it even more difficult to accept.

“So what time should I pick you up?” Jerry asked.

“I’m kind of tired. Just got off my three day shift.”

He should have known that Jerry would not be discouraged that easily.

“Aw, come on. You don’t do anything but lay around over there unless there’s a fire.”

“We do other things, besides fight fire in this town, you know.”

He rolled his eyes and bristled at hearing his job belittled. “It’s not worth arguing about. I just don’t feel like going out tonight.”

“You aren’t still mooning over Anna are you?”

Jerry had to mention Anna. The one good and bad thing Jerry had done was introduce them.

“Damn it, Jerry. You had to bring her up. Sometimes you’re a real asshole.”

Most of the time, he amended mentally.

He and Anna had hit it off surprisingly well, considering she was a cousin of Jerry’s. He surmised that Jerry hadn’t hit on Anna because they were related.

Memories of Anna flooded his mind, bringing on dismal emotions. The two of them had done most everything together from the time they met. Then her employer had offered her a promotion. The trouble was it entailed relocating. He hadn’t wanted to move and she had wanted the promotion. The breakup had been amiable, but it still shattered his heart.

“She’s gone, man. Time to spread your affections to others and stop sitting around wishing things were different.”

“Maybe. Love ‘em and leave ‘em. Don’t stick around long enough for messy entanglements. There’s always another one waiting around the corner. Besides, variety is the spice of life.”

Clearly, Jerry was not going to take no for an answer. He sighed in defeat. “Fine. Now go away and let me eat my burger in peace.”

Sure enough, Jerry was at his door at eight. At the club, Jerry scoped out a table of four new women, and introduced the two of them. Later that night, Jerry disappeared with one of the women. No warning or anything. They were on the dance floor one moment and the next, the two of them were gone. That left Chad to entertain the other three. He knew he should be mad at Jerry, but he was used to it.

After visiting and dancing with the remaining three, they parted and he went home . . . alone. 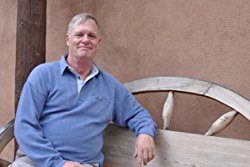 3 Responses to The Witch and the Squirrels by G.E. Stills (Book Showcase)