The Queen of Paradise Valley by Cat Dubie (Book Review) 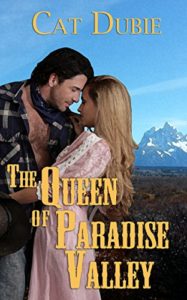 Diana Rennie, daughter of a wealthy rancher, attempts to persuade mystery man Del Russell to leave his grievances behind and forgive her father for past mistakes. Her careful plan goes awry and results in a shotgun wedding and a prison sentence for Del.

Four years later, Del is back in her life with a vengeance—back for his rightful share of Diana’s ranch, back to prove he isn’t the criminal she thought he was, back to finish what the two of them started years ago in a passionate daze. And he isn’t going anywhere, no matter what beautiful, treacherous Diana does or says to try to get rid of him.

Teresa entered the room, her eyes troubled. “Signore, what–?”

“I locked her into the room and don’t want anyone to let her out.”

“Si. She is angry now, but that is good. Anger can be overcome. I do not like the way she has been these past weeks, a statue without a heart. She will learn you mean her no harm.”

It was the longest meal Del had ever sat through. The key to the bedroom door lay on the table in front of him. He vacillated between rushing up and releasing Diana from the prison of the room, and dropping the key into his pocket and leaving the house. At last he finished the cognac, stubbed out his cigar, and trudged up the stairs. Light showed beneath the door.

He entered the room prepared to be assaulted or to find it in shambles. But she surprised him yet again. She reclined on the bed, her skirt tucked around her legs, and looked at him with eyes as cool and glittering as ice water. He pushed the door shut behind him. Her expression did not change, but her chin rose.

The length of the room was between them, yet challenge ignited the air: mentally, like telegraphed messages crackling toward each other along the same wire; physically, like speeding locomotives on a collision course.

Someone tapped on the door. As if a switch had been pulled, a collision was thwarted.

“Signore–” It was Alfredo, apologetic. “Clem is downstairs. He needs the Signora’s help with the cows.”

She slid from the bed and smoothed her skirt. “Where did you put my shoes?”

Del rubbed his chin. He had veered onto a detour while she continued on at full speed. 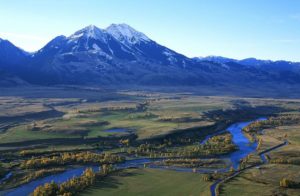 Money and the thirst for power cause many people to go off the rails, no matter the time period. In The Queen of Paradise Valley, readers will go on a journey featuring murder, mayhem, and misunderstandings.

From the very start, Diana and Del’s lives are turned upside down by treachery. Things only become more stressful when multiple people conspire to take everything away from them. Of course, you know things will work out for them. However, their happily ever after was not an easy road to travel down.

Kidnappings, attempted murder, murder, fires, and even a run in with Baldface (bear) kept The Queen of Paradise Valley moving along in a steady pace. Whether Diana and Del were facing obstacles from dastardly outsiders or battling each other at home, quiet moments were few and far between. 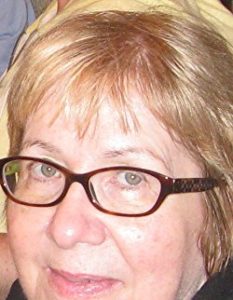 Cat Dubie believes she was destined to write. Her love of words began early – she was making rhymes soon after learning to talk. With a crayon in hand she first drew stories, with a pencil she wrote them. As for reading, she was the girl who always had her nose in a book, the one who read with a flashlight under the covers or, when the moon was full, sat by a window for hours laughing, crying, loving characters whose adventurous lives wouldn’t let her sleep.

She has traveled the world in books. She has traveled back in time and into the future in books. Her keen interest in history determined the nature of her books, and the first Historical romance novel she read, settled the genre.

After working for various levels of government, she retired and now lives in the beautiful province of British Columbia, where she indulges in her need for creating stories about romance, adventure, passion, mystery, love …