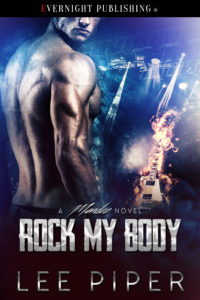 Twenty-two year old Riley Sears promises herself never to fall in love unless it is with a guy who is long-term boyfriend material. She is not crazy, her psychologist reassures her of that, but when faced with situations she cannot control… Well. Her anxiety skyrockets.

Enter Dominic Mondez, the hottest creature ever to grace pecs and abs. The notorious playboy propositions Riley with the best sex of her life—his words. However, after learning he never sleeps with the same woman twice, Riley’s decision becomes remarkably simple.

Sadly, traversing the murky waters of friends without benefits is far from simple, especially since Dominic is the lead guitarist of local rock band, Mondez. He is also tempestuous, a womanizer, and—even worse—inexplicably jealous. Dominic is bad for Riley in every possible way. Bad, bad, bad.

If only her body would listen. 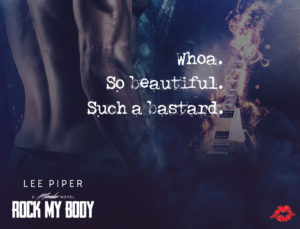 He was watching me, I could feel it. My body sensed him long before my head did and started tingling. Everywhere.

Just the thought of him made my heart pound. Traitorous thing. It merrily rammed against my ribcage as soon as I pictured his tall, muscular body and dishevelled, russet hair. My fingers itched to reach out and delve through the soft strands—they remembered what it felt like to tug down on them as he groaned into my open mouth—but I shifted in my seat and sat on them instead. I wasn’t going down that road again, hell no. I was done.

A low chuckle cut through the muted sounds of heavy rock music emanating from inside, its gravely sound resonating with my downstairs department, causing a deep blush to stain my cheeks.

Clearly, I wasn’t fooling anyone.

What in the name of sweet baby Jesus is he even doing here?

I tried so hard to focus on what Sebastian was saying. Thankfully, he held up his end of the conversation despite my unexpected inability to formulate any words. We’d been sitting together for a while without a single awkward pause so I nodded, smiled, and even laughed when required. To be fair, it was a pretty decent pick-up attempt. Well, until he showed up.

I swallowed, steeled myself and then glanced across at him.

Dominic was leaning against the wall, his black, button-down shirt almost bursting at the seams. I blamed those insanely strong pecs and biceps. Honestly, they were huge. And the way his dark blue jeans hung enticingly low off narrow hips… Well. It should be illegal. He was going to give someone—AKA me—a cardiac arrest if he wasn’t careful.

I shook my head. With a bottle of beer in one hand and a buxom blonde in the other— this one looked nastier than most—the guy was the physical embodiment of everything I despised. Truly.

If only my body would listen.

Raising the drink to full, kissable lips, he tipped his head back, piercing gaze still locked on me. He then wiped his mouth with the back of his hand, a flicker of emotions I couldn’t identify crossing his face when he noticed my breath catch.

The girl must have registered his distraction too because she started rubbing herself up against him like an overly aroused limpet. Gross. He broke contact with me and looked down at her, a dark smile tugging his lips. After murmuring something in her ear and slapping her on the behind, she giggled. I looked away, that familiar painful knot forming in my stomach once more.

Damn you, Dominic Mondez. Damn you to hell. 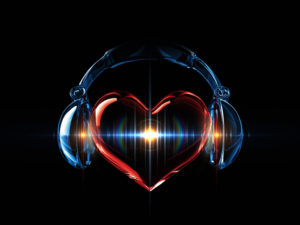 At some point in time, all of us have or will have faced the feeling of not measuring up. Whether it’s in your person life or in business, this idea of being unworthy or not being enough can cause issues in forming or maintaining a healthy relationship. Both Riley and Dominic each faced their inner demons and coped with their issues in their own unique way. She sought out the help of a psychiatrist because running away or avoiding confrontations was no way to live. Dom, on the other hand, never spoke to a shrink. He relied on casual hook-ups to protect himself. Meaning, he only shagged a woman once and then tossed them aside for the next warm body. No attachments. No feelings. No pain.

Obviously these two had major hurdles to cross. For the most part, I didn’t think their “relationship” was healthy. Riley had abandonment issues, anxiety-induced panic attacks, and parents who didn’t give Riley enough love, encouragement, or attention.  She was an afterthought to them; a person whom they saw as lacking something in their minds. Dom, on multiple occasions, treated her no better than her parents. The most outlandish lines he spoke were after his declaration of love. Quote: “As soon as you exploded into my life every women I touched reminded me of you. One had your eyes, another had the color of your hair, one even had your tits.” I know the love of a good person can heal many wounds but I’m convinced these two could benefit from additional counseling — alone and together.

As for the supporting cast members, Robin stole my heart and I wished he ‘d been the victor for Riley’s. He was sweet, successful. charming, sexy, romantic, and a total sweetheart. Unfortunately, he didn’t prove victorious. Another noteworthy character – Mae: She’s a strong single mom who was very outspoken. Maybe her and Dr. Hottie (Robin) will find love in a hospital supply closet. That is if he gets over his no work hanky-panky rule.

As for Riley and Dominic, do I see smooth sailing for them? No. Like I stated above, these two have problems that are not going to be resolved overnight. However, I do see Dominic’s willingness to be a better man and Riley’s determination not to be a doormat anymore. So, maybe these two lovebirds have the goods to make it last forever. As the saying goes…… Where there’s a will, there’s a way.

🎶 DON’T FORGET TO CHECK OUT BOOK ONE: Rock My World (A Mondez Novel)🎶 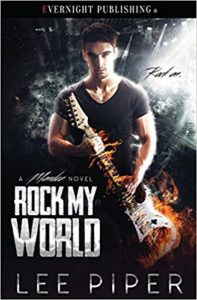 High school teacher Grace Thompson didn’t want to be a mentor. And she sure as hell didn’t want to mentor Levi Mondez. They got off to a rocky start, but it wasn’t entirely her fault. How was she to know he was the lead singer of local rock band, Mondez? How was she to know he considered her short temper a turn on? And how was she to know her best friend, Riley, would fall for him? If he wasn’t so damn gorgeous it might have made the whole mess easier to handle. If he didn’t transform Grace into a blazing furnace of need, and if he hadn’t confused the hell out of her already bruised heart, life might have turned out a heck of a lot differently. She was screwed. 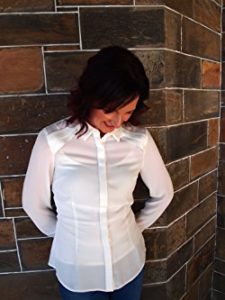 Lee Piper is a lover of books. She often juggles reading seven novels at a time for the sheer joy of it. At the grand old age of five, Lee Piper decided to become an author, however found a limited market for her unicorn stories. So, high school English teacher it was.

At thirty-two, and grieving the loss of her second miscarriage, Lee Piper turned to novels—Kylie Scott, to be precise—to escape the pain. This then inspired her to write Rock My World, the first in a four-part contemporary romance series, and her debut novel became an Evernight Publishing bestseller within the first two weeks of publication. Rock My Body is being released on June 3, 2017, much to the delight of her global readership.

4 Responses to 🎶 Rock My Body by Lee Piper 🎶 (Book Review)