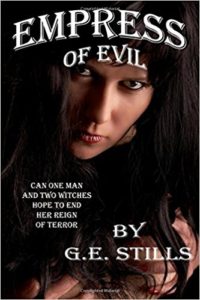 Aiden is on the run from a dangerous cult who wants him dead. While hiding in a rundown mansion in a Louisiana swamp, he stumbles across two beautiful women, but these two are not ordinary women. From the beginning, he discovers they’re sassy, ornery, and powerful witches from another world. They join him and they bond in ways he could never have imagined. Aiden knows he can’t run and hide forever, and now there are two others included in the deadly cult’s crosshairs. 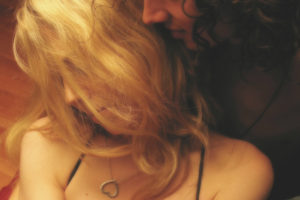 Aiden read the note again as he peered down at the warning engraved on the box lid. “Humph…I’m not superstitious and never had much fear of curses.” He lifted the box and removed the key which he put in his pocket then opened the lid.

A puff of air, probably from the box having long been sealed, caused Aiden to jerk his head back and close his eyes. When he opened them again he scrutinized the two tiny beds and chairs inside. “Miniature doll house furniture but otherwise nothing, just as I thought.”

He turned to enter the opening on the other side of the fireplace, intent on exploring other parts of the house. Behind him two columns of smoke blipped into being. The smoke quickly dissipated. He spun quickly at the sound of the female voice. “Thank you for freeing us, Aiden,” it said.

The one who had spoken had brunette hair with blue streaks. The woman standing beside her had blonde hair with red streaks.

“About damn time someone set us free,” blondie said. “This place is a fucking mess, by the way. I can hardly wait to get the hell out of here.”

“Great, I’ve loosed two sawed off little runt ghosts to add to my misery and one of them has a smart mouth.”

Brunette scowled at her companion, and said, “I’m Sierra and this is Raine. We’re not ghosts, we’re sprites.”

Aiden took a closer look at the two. True, they didn’t wear billowing shrouds as he’d expected from descriptions he’d read of spirits, nor were they semi-transparent. Instead, Sierra wore a blue corset and Raine a crimson one. Both wore collars around their necks and had mittens on their hands. Aiden snorted at the skirts they wore. Hot pink tutus. “You may be short little shits, five-foot-nothing I estimate, but you’re taller than any fantasy pictures of sprites I’ve seen. I have to admit your assets are wonderfully displayed and the hot-pink tutus are a nice touch.”

Raine gazed down at the garment and shrieked. “This had to be Pequa’s idea. She knows how much I detest pink. Fucking bitch.” She ripped it away and flung it to the floor. Sierra calmly removed hers and dropped it beside her.

Aiden turned his back to them and dismissively waved his hand in the air. “Go away, spooks, I have other more important things to do, like checking out the rest of this dump.”

The block of wood, a piece of the crumbling furniture he decided, struck his back moments later with a thud and stung. Aiden spun in time to see Raine pick up another piece.

“Hey, we weren’t done talking to you,” she said.

“That hurt. Don’t do it again. So you have the ability to move objects. I’ve heard some ghosts can do that. What makes you think it’s your decision to make whether our conversation is over or not?” he asked.

Raine stamped her foot in anger. “We’re in charge here, not you.” She flung a second piece. This one struck his thigh just to the right of his balls.

“You little shit,” he shouted. “That was too close. A little more to the left and you’d have hit something I don’t want hit.”

Raine smiled. “You’re lucky my aim is off from being imprisoned so long or you’d be lying on the floor doubled up in pain. I won’t miss the next time. You’re lucky I’m wearing this collar or you’d get a taste of my lightning magic.”

“Thank you for that bit of information. It reinforces my decision to keep this key I have in my pocket.”

Sierra shot a frown of disapproval at Raine.

Aiden laughed. “Well now, I’ve been called a lot of less than complimentary names in my life, but I’ve never been called a human in a derogatory manor. Fucking pesky ghost!”

In answer, Raine flung another block of wood at him. Aiden put up his hand and splayed his fingers wide. The block of wood stopped in midflight and everything else in the room, including Raine and Sierra became motionless, frozen in time. “I’m human but not the powerless type you take me for. I have the ability to stop time for five minutes and also to become invisible.”

Aiden crossed the room and stepped up behind Raine. “Time you learned some manors you little minx,” he told her. Without thinking, he aimed a smack at her bare ass only easing up his strike when he thought of how her body was just a mirage. His hand would sail through the illusion in the air, causing him to lose his balance. To his shock, his hand contacted soft, pliable skin. The splat reported through the room loud as a gunshot. So you are material after all and not just an illusion. Well then deal with this you little shit. He pulled her panties down around her ankles and grinned. “That spank is going to turn red and sting, then you’ll hopefully find your lowered underwear embarrassing. Serves you right you little minx.”