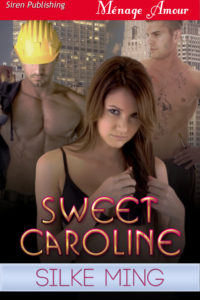 Trying to get over a broken heart, Simon Hyatt, artist/painter walks into the upscale bar, Benny’s, hoping to find a one-night stand. When the gorgeous Caroline Brandeis walks in, there is an immediate connection, but she is with her bi-sexual roommate, the renowned architect Christopher Banning. Hoping that Simon would show interest in him, Christopher invites him to their home, but Simon’s sole interest is Caroline. Simon is adventurous and teaches her what absolute fulfillment in the bedroom means. Christopher also has his eyes on her, and is jealous of their relationship. When she receives a promotion from cop to detective, her first assignment puts Caroline and Simon’s relationship in jeopardy. Although she considers the situation abnormal, when she suddenly finds herself in love with the two men who love and worship her, she knows there will be no turning back. But will their love stand test of time? 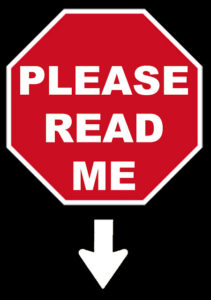 Caroline felt his hardness pushing into her back, and she reached around her and held it. The man’s appetite for sex knew no bounds.

“Time for breakfast,” he said turning over on his back and putting his impressive piece of manhood on show.

He ran his hand between her thighs and whispered softly.

“Are you trying to make up for lost time?”

“You could say that. Look at him,” he said, looking down at his erection.

“He’s raring and ready to go. I want you to ride him.”

“But you don’t have any protection.”

“I’ll be careful just like I was last night. Come on. He’s impatient. I want to feel it inside you.”

She climbed on top of him and spread her thighs.

“Turn around and put your back to my chest, baby.”

He lifted her by her waist and slid her down on his manhood. Deep, so deep.

“Be careful,” she whispered, staring into mirrored closet door. He slid her up and down on that piece of steel, stopping when he felt her muscles tighten around him.

Chris Banning climbed out of the taxi and, spotting the strange black car in the driveway at that time of the morning, climbed the steps and quietly opened the door. The noises he heard were not those of distress, but rather combined sounds of animalistic growls and soft whimpers of pleasure. He placed his suitcase beside the sofa and walked quietly down the hallway. Caroline’s bedroom door was open, and he stood in the doorway as if hypnotized. What he was witnessing caused his cock to swell in his trousers. Two long years he waited, only imagining what she looked like, and this morning, there she was on view for him. Her legs were parted and Simon’s cock was embedded deeply inside her, leaving only his nuts clinging to the entrance. He started a slow walk in the direction of the bed and observed Simon as he lifted her by the waist, propelling her up and down on his thick piece of flesh. When the floor creaked beneath his feet, Simon opened his eyes and looked directly into Chris’s face.

“Don’t move,” Simon whispered in Caroline’s ear, tightly wrapping one arm beneath her breasts. Simon watched as Chris, sinuously moved up the bed until he was inches away from the action. He weighted Caroline’s thighs down with his arms and spread her nether lips with his thumbs. As he stared at the eroticism of the scene before him, Chris’s cock twitched behind his trousers. He licked his lips as he gazed at Caroline’s two big, creamy packages of pleasure that were still jiggling, the nipples pert and crimson. Her clit was throbbing and her cream adorned the root of Simon’s cock. Chris settled in for the kill, his tongue dancing on her nub of pleasure. She threw her head back onto Simon’s shoulder, and cried out, her screams edged with delirium. Chris moved down to the junction where she and Simon were joined together, and licked them both until there wasn’t a trace of her cream left.

“I know, baby,” Simon growled, staring down at Chris’s head.

She attempted to move again, but Simon tightened his grip around her midriff, watching as Chris’s expert tongue wrapped around them both. She couldn’t believe the amount of self-control Simon was exhibiting. Oh, how she wanted to feel him moving inside her again, but she knew she had to practice restraint because he wasn’t wearing any protection.

It suddenly dawned on Caroline that if Simon was whispering in her ear, he couldn’t be licking her, too. She opened her heavy-lidded eyes and looked down only to see Chris’s head embedded between her thighs, devouring her. She turned to look at Simon, and he nodded. Still fully clothed, Chris set out on an exploratory path. Caroline’s body stiffened as that magical tongue flicked back and across her clit, sending her into pleasure overload.

Holding her by her waist, Simon raised her up and down, propelling her on his cock until she was on the verge of exploding.

Chris was not letting up. He refused to relinquish her piece of delicate flesh.

She spread her legs even wider, shame or embarrassment playing no part in the equation. All she could think about was the pleasure that was being meted out to her. The battle was between self-control and ecstasy, as Chris raised himself to his knees, licking, sucking, and washing her warm cleft with his broad, rough tongue, each lick causing her moans and groans to permeate throughout the home. The blood raged inside her head, her heart threatened to jump from her chest, and her body throbbed with need. She stared down at Chris’s head, unable to look away, and she didn’t dare move for fear of Simon exploding inside her. Tremors wrapped around her like a cocoon and the explosions reached the far corners of her being, prompting the scream that escaped her lungs. The orgasm burst upon her like a volcanic eruption, plunging her into an abyss of unrivaled passion and ecstasy, and she shrieked like an alley cat. On the upward stroke, Simon’s shaft, still hard and ready for action, slipped out, coated in her cream and bobbing before Chris’s face. Now gazing directly into her sweetness, Chris impaled her with two fingers, moving them in and out, and filling the void that had been left behind by Simon’s cock.

She threw her head back, and Simon thrust his hot tongue between her lips. Simon never looked away from the action, and his cock grew steadily harder. Finally releasing her clit, Chris stared at Simon’s erection bobbing and weaving before his nose. With his fingers still embedded inside Caroline’s wet channel, he turned his attention to Simon’s swollen shaft. He stared at it as if in a daze, and, like a hungry omnivore, took it into his mouth, nibbling on the head while his audience of two stared down as he licked Simon’s thickness. Not since his experimenting days in university had Simon experienced anything like it, and he had to admit that it felt good. He lay back and allowed Chris to pleasure him. 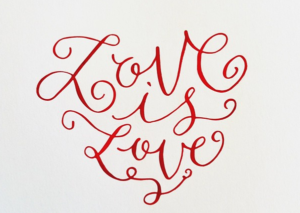 Ok, on to the police investigation…..

Throughout the entire investigation, Silke painted the police as bumbling idiots. Caroline allowed her phone to be accessed by two different people, jeopardizing her case. My 8 year old has a passcode on her iPad so shouldn’t an undercover detective use one? I mean after her phone was compromised the first time you’d think she’d learn her lesson. And, where were Caroline’s badass cop moves Chris talked about? She acted more like a mouse than a lioness. Another thing, her two co-workers also didn’t appear to know how to do their job at all. If so, things in Mexico would’ve ended differently. Oh and things centering around her department just became worse when she came home. (Nuff said – read to find out more.)

In addition to my love of books, is my love of travel. Although my career was in travel, I am still bitten by the travel bug, and travel whenever I can. Living in different parts of the world has broadened my horizons, and I try to include some of it in my writing.

I consider myself a gourmet cook, and Thai and Italian are among my favorite foods. My other pastimes are cooking and gardening.

I am relatively new to romance writing and have written twenty one books so far.